hens in the city: newcastle upon tyne Renowned as a party city and an ever-popular destination among hens and stags – Newcastle is a cosmopolitan city with a burgeoning food and drinks scene to match.

Home to some of the most iconic landmarks in the country (yes, we’re looking at you Tyne Bridge), Newcastle has got it all when it comes to a weekend break – from top shopping and leisure activities, to an eclectic mix of arts, heritage and culture.

Here we’ve rounded up some of the Toon’s many highlights that will make your hen do the most fun, enjoyable and memorable of celebrations with your gals.

So, it’s time to brush up on your Geordie lingo ladies, and leave those jackets behind in the hotel room… Whether you’re splurging on something extra special or simply looking for a place to lay your head for the night – there’s a variety of hotels to suit all budgets and tastes, scattered across the city.

If you’re looking to stay a stone’s throw from the picture-perfect River Tyne on the lively Quayside, there’s the purse-friendly Tune Hotel, as well as the reasonably priced Waterside Hotel situated in a beautiful grade II listed building.

On the more decadent end of the spectrum, you have The Vermont – a four-star luxury hotel offering up a dose of 1930s grandeur, and the uber chic Malmaison, which has welcomed many a celebrity over the years and overlooks the tilting Millennium Bridge. In the heart of the city, budget design hotel Motel One is a hop, skip and a jump from the main shopping centre and is best described as stylish and affordable; meanwhile the newly refurbished Grey Street Hotel is in a prime location on, yes you guessed it – Grey Street, once voted the finest street in Britain.

If stepping off the train and offloading your luggage in a matter of minutes sounds more appealing though – you can’t go wrong with the modern accommodation provided by Hampton by Hilton or Sleeperz. Like any city – Newcastle has a thriving social scene offering up a mix of activities to suit every style of hen party.

Of course, who doesn’t enjoy a spot of retail therapy with your girl squad in tow? Intu Eldon Square is the go-to destination for all your high street favourites. Meanwhile, Fenwick department store on Northumberland Street is a shopping haven spread over five floors, with its extensive beauty hall (touted as one of the largest in Europe) housing designer brands, such as Charlotte Tilbury, Tom Ford and Chanel, as well as a Nails Inc bar and Aveda blow dry salon. The historic Central Arcade – also in the city centre – dates back to the 1830s and is worth a browse too, with stores such as Space NK, Cath Kidson and independent jewellery shop, Bcharmd.

Keen to get your game on? Lane 7 is a boutique 10-pin bowling alley – think a swish ambient setting, spotlight-illuminated bowling lanes and lots of other activities to boot, including ping-pong, crazy golf and a karaoke booth. Plenty to keep you entertained for a few hours! Afternoon tea is always a popular choice among more sophisticated hens (we’re partial to a scone and some fizz ourselves…) and one of our favourite destinations is SIX, the rooftop restaurant at Baltic Centre for Contemporary Art. Thanks to its floor to ceiling windows, you’ll be tucking into its dainty cakes and scones while enjoying some of the best views on offer of the River Tyne and its iconic bridges.

If an indulgent pamper sesh is your idea of hen heaven, be sure to check out city centre spa, the Mineral House at the Crowne Plaza. Along with a 10m swimming pool, there’s a spa, steam room and relaxation area for the most blissful of afternoons with the gals. It goes without saying that Newcastle plays host to lots of one-off events too, so it’s worth cross checking your hen weekend dates with some key venues in the city to see if there’s anything quirky or different happening. The Boiler Shop is a state of the art venue that regularly hosts roller discos and the infamous Bongo’s Bingo night, meanwhile Wylam Brewery, set in the picturesque Exhibition Park, welcomes gin festivals, foodie pop-ups, DJs, comedians and more under its domed roof. where to eat & drink

When it comes to dining out, Newcastle has got every type of cuisine imaginable covered. You’ll find chains galore in the newly opened Grey’s Quarter within intu Eldon Square. Our top pick here is Chaophraya, serving up tasty Thai dishes in a swanky setting that overlooks Grey’s Monument.

Burger fan? Fat Hippo Underground is a popular independent haunt with local foodies. Or for meat lovers, Hop and Cleaver dishes up everything from BBQ ribs and smoky brisket to pulled pork and tacos. Other highlights include traditional Spanish restaurant El Coto, the Indian street food inspired Dabbawal or Italian eatery Prima, nestled under the old high level bridge. Listen out for the rumblings of the trains speeding over the tracks above!

Now onto the drinks! The good news is that the bars are within easy walking distance of one another – even in heels! The Quayside has seen a revival in recent years, with lots of new stylish bars popping up. Our favourites include the Pitcher and Piano, not a newbie but occupying a much-coveted spot beside the river; the 1920s themed rum emporium Colonel Porters (look out for the ‘secret’ bar hidden behind a bookcase); and Tiger Hornsby where you can get your groove on to a live DJ set accompanied by bongo and saxophone players. Along from Central Station, you’ll find what is locally referred to as the Diamond Strip – a string of trendy bars on Collingwood Street, including the likes of Perdu, Miami bar and tropical garden Florita’s and underground ‘sneaky disco’ Madame Koo. And for some classic pop throwbacks and a good dance off with your hens – head further along to Mosley Street, into retro bar Flares.

A cluster of upmarket bars can also be found near to Grey’s Monument. The Botanist, with its sparkly dome and rooftop terrace, serves up a luscious selection of cocktails, as does molecular mixology pros, The Alchemist. Gin – very much of the moment – takes centre stage at Pleased to Meet You, which stocks more than 70 varieties of the stuff. For a more laid-back, kitsch backdrop (and a basement ‘speak’) – head to Lola Jeans or join the social butterflies at fashionable, alternative nightspot Music Slash Art. Pleased To Meet You

Grey Street also has its fair share of stylish bars – for bubbles up on the terrace, we love Barluga; an urban hideaway that’s a real suntrap in the summer months. And for some holiday-esque vibes complete with funky Latin music, The Vineyard is something of a forgotten gem among the locals, but more than deserves a spot on your bar crawl list.

Of course, this is just a minute selection of what’s on offer in Newcastle. If you’re coming for a long weekend, you might want to consider visiting the leafy suburb of Jesmond with its bustling array of bars, boutiques and restaurants, or Tynemouth for a stroll along its pretty beaches. As for culture vultures, why not check out the Theatre Royal, The Stand comedy club or even the Ouseburn quarter, which offers up an assortment of hip bars, galleries and eateries. There’s so much more to Newcastle than its synonymous party label, so make sure you get out and about with your hens and explore! 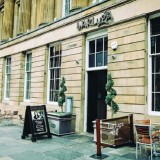 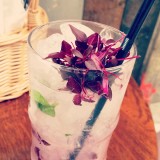 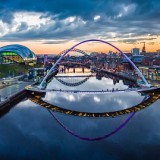 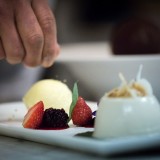 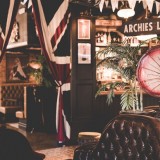 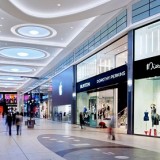 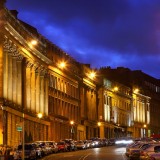 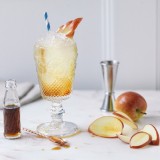 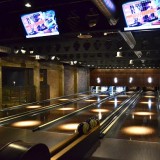 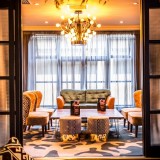 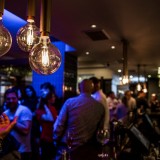 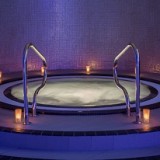 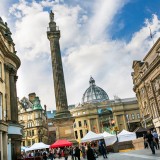 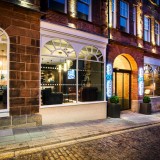 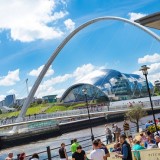 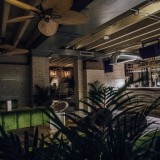 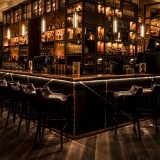 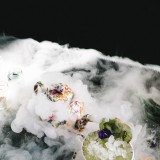 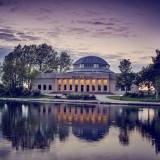