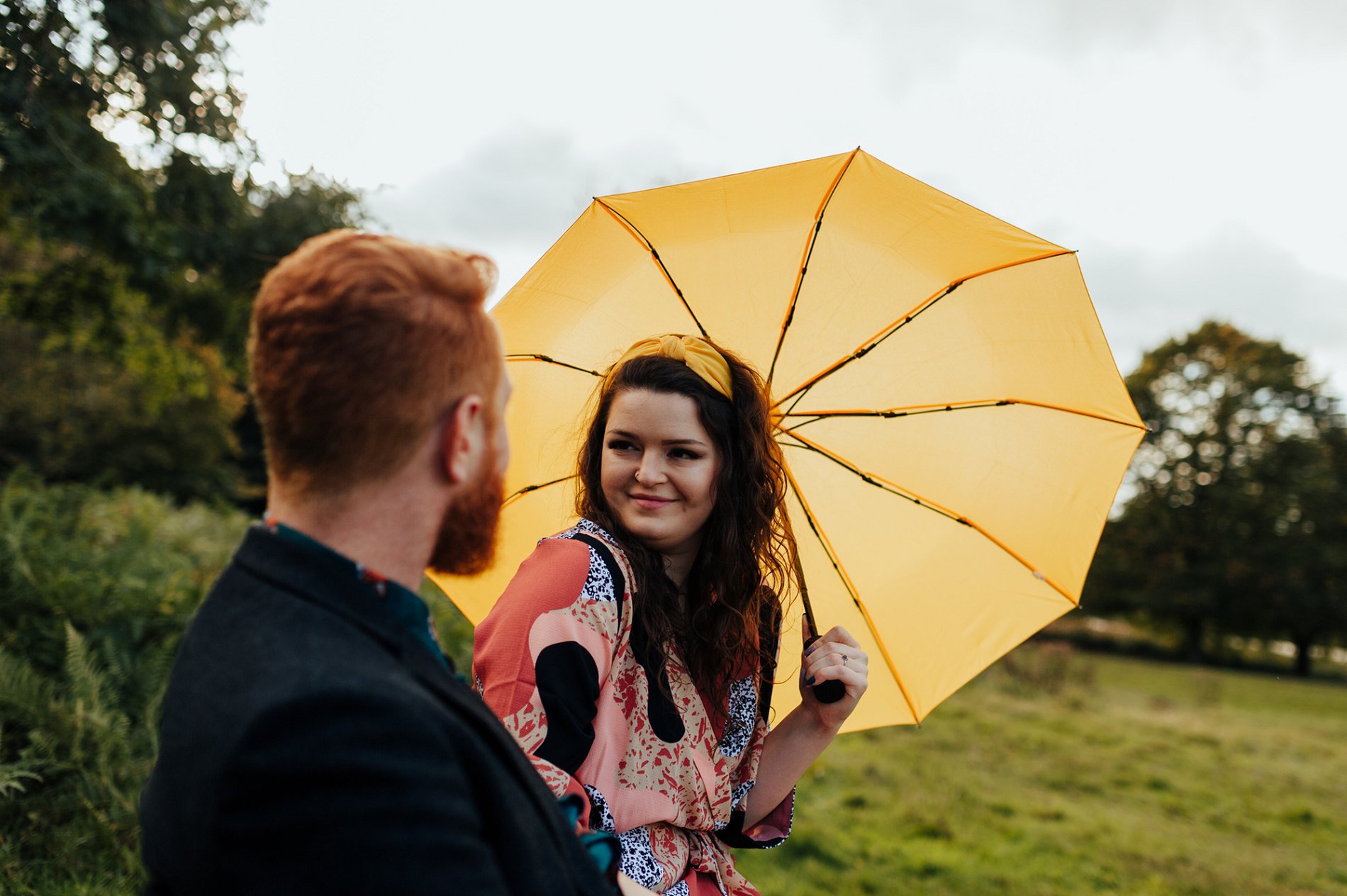 Remember falling in love? We do and we’re obsessed with hearing your love stories, in all of the many gloriously different shapes and sizes they come in. From forbidden love to public proposals, first dates to first kisses and then onto happily ever afters…

Today we’ve been chatting to Becka and Simmo to find out how they met, how they both knew this was The One and how wedding planning’s going. Plus we’ve got their top tips for you couples still in the early stages of planning your own big day. We love Simmo’s amazing proposal planning and the way he talks about his bride-to-be truly has us getting all misty eyed.

In fact, we love the way that these guys both talk about each other and you can just tell that they are two smitten kittens with a deep respect for their beloved. We can’t wait to see what the big day and the future brings for our two love birds!

With photography by Nathan Walker Photography 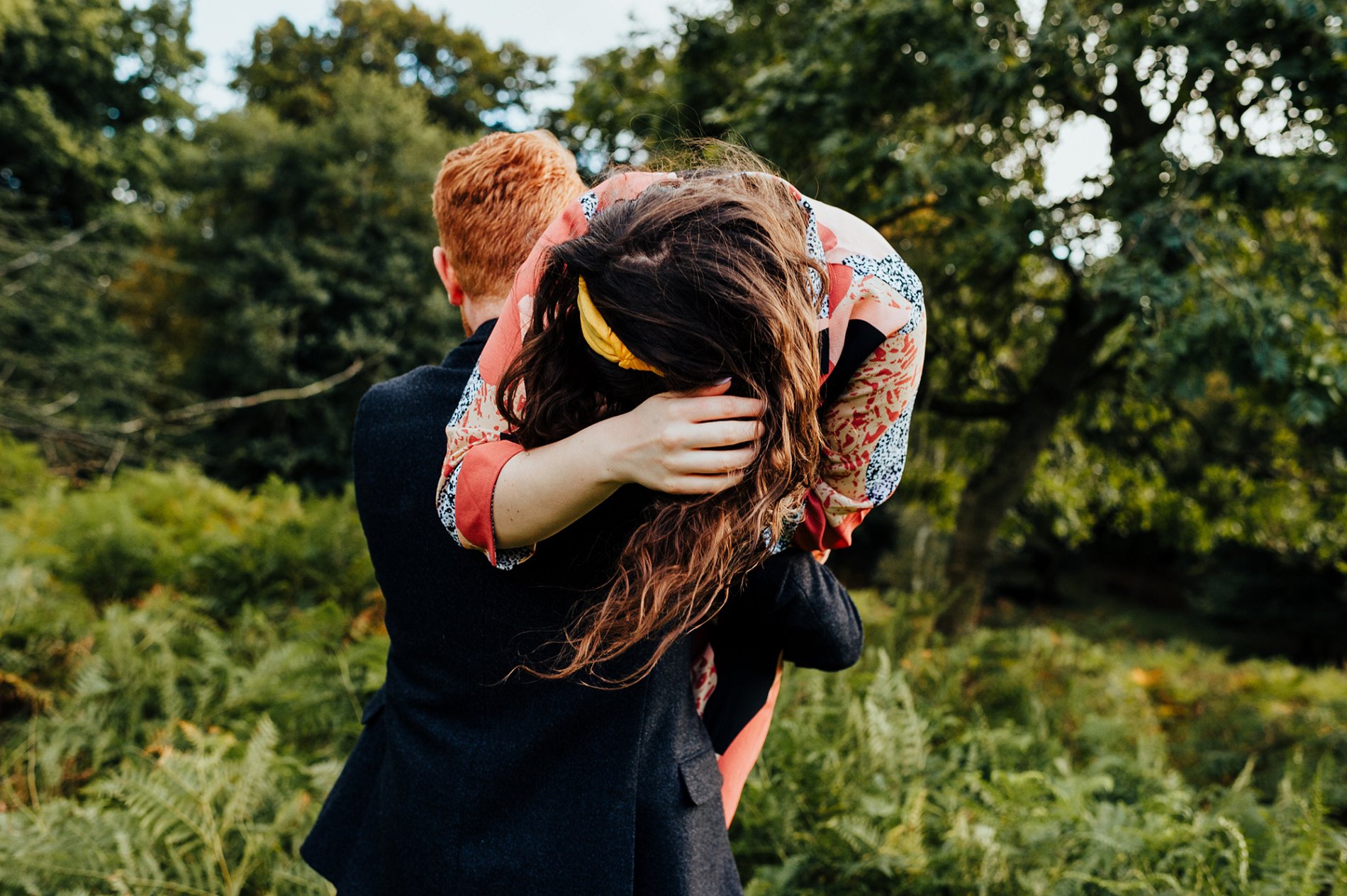 Simmo says: Well, I guess I started the planning process the day we became official. One night, after we’d had a few drinks, I had actually told Becka that on our second anniversary I would ask her to marry me. I don’t know if she remembered that, but it was always on my mind. At Christmas just before we got engaged, I asked Becka’s dad for his permission to marry his daughter – he said yes, but did stipulate in very firm terms that I couldn’t give her back! I had a plan to take Becka to Berlin, her favourite city, for our anniversary. I didn’t tell her where we were going and only gave very vague, and sometimes misleading, clues. It was only when we were on the bus to East Midlands Airport that she realised we were going abroad and only in the terminal she realised we were going to Berlin. She was so excited!

Becka says: I was so impressed that Simmo had put everything together so well and so secretly – my friends and family were even in on it! On the second night of our stay he took me to the top of the TV tower in Berlin for a fancy dinner. The restaurant rotates slowly so you can see all of Berlin, and as we were waiting for our dessert I saw a box coming towards us on the windowsill. Sim told me it was for me and my eyes lit up as I took the box and opened it, but it was empty, and all of a sudden he was down on one knee to the side of me with the ring in his hand! He popped the question and I basically screamed yes! 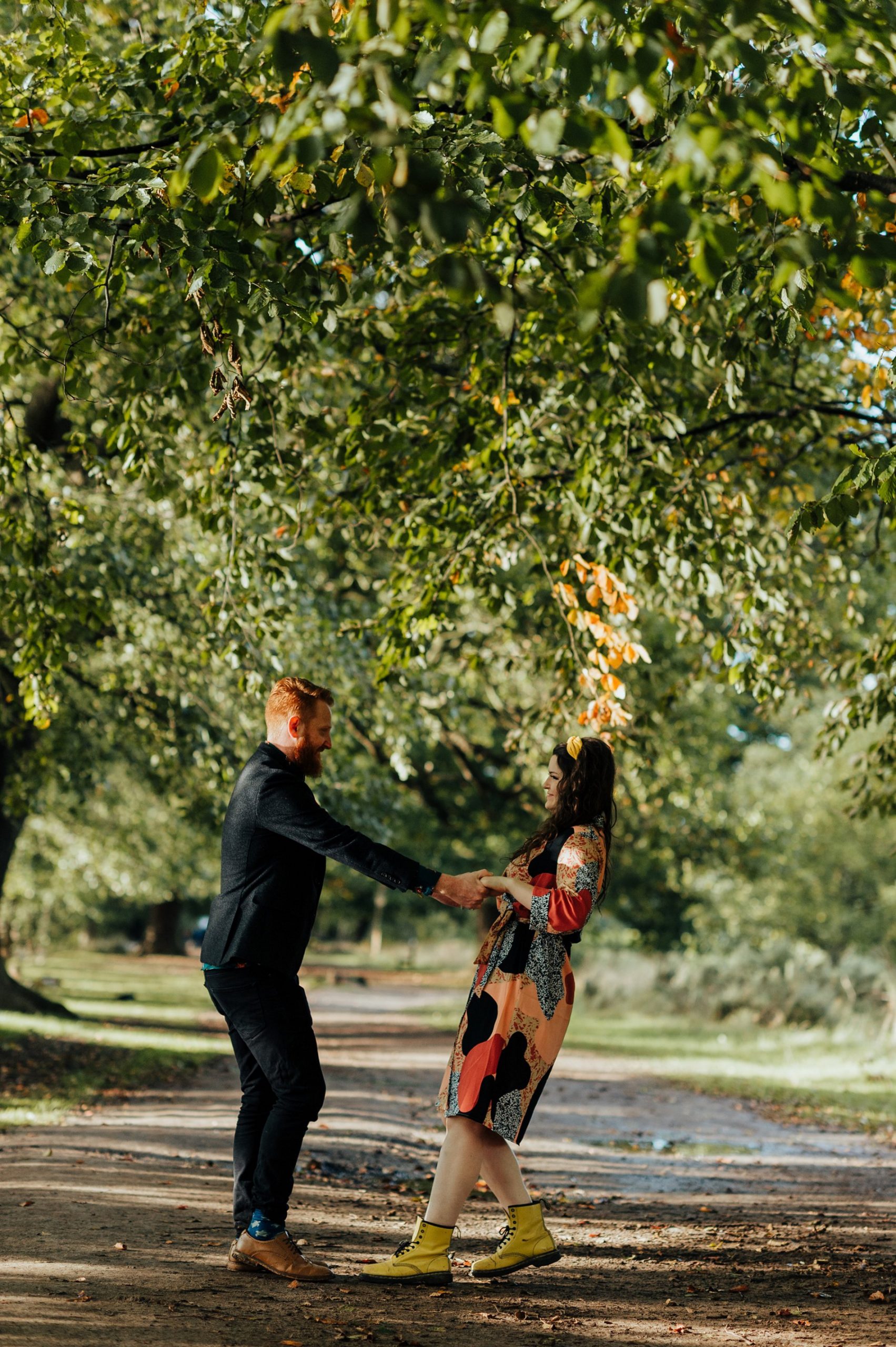 We’re getting married at Kedleston Country House in Derbyshire. It’s a really beautiful venue and it’s got so much character, and the staff have been so supportive throughout the current situation! It will be a relatively traditional affair – eating, drinking and dancing with the people we love the most. 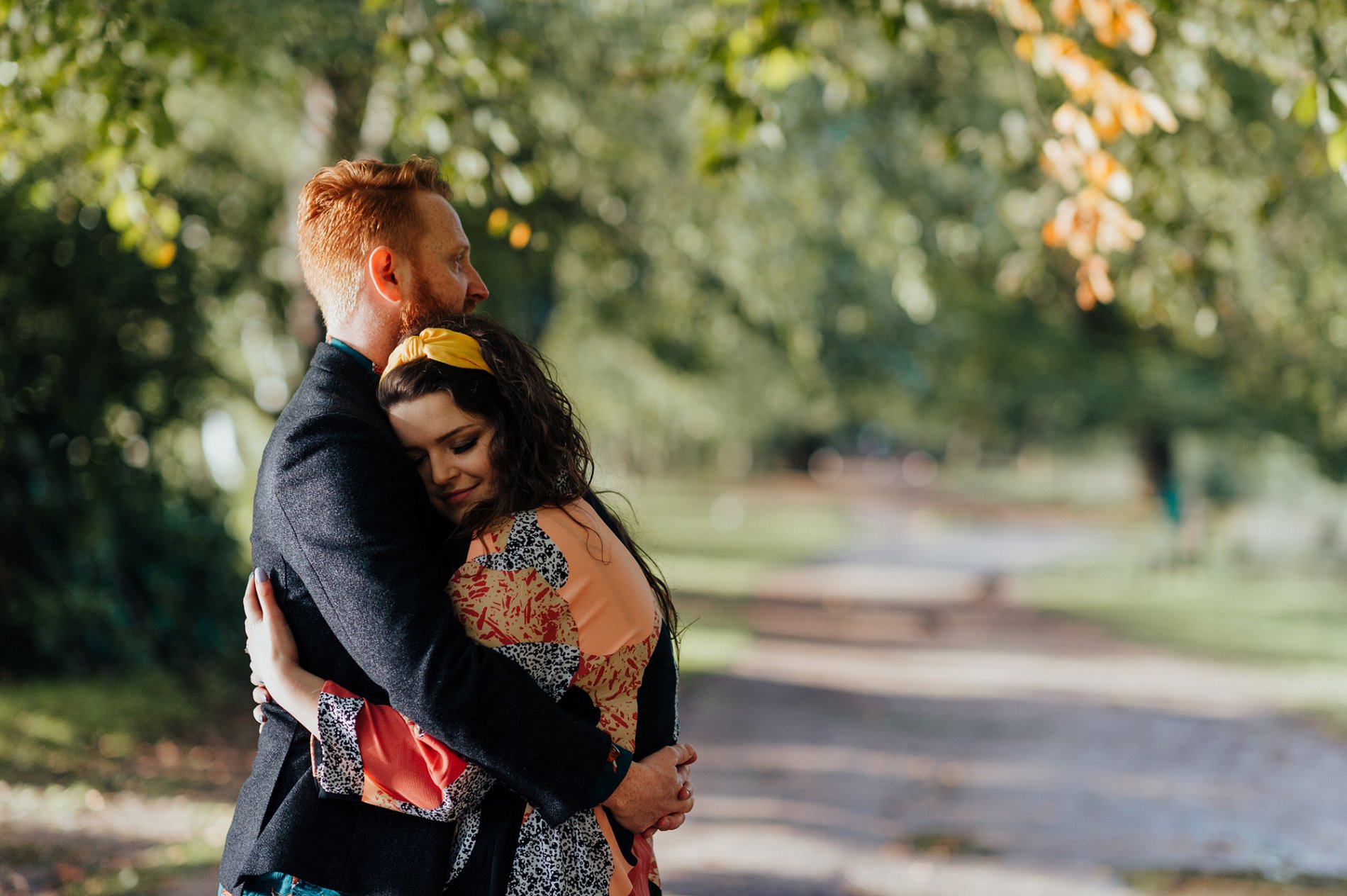 Becka says: Simmo actually used to be my manager! We worked together for just under a year but we never really got to know each other during that time. After I left the company I stayed friends with everyone and would still attend social events, and that’s how we grew closer.

Simmo says: I was a manager working for Avis and I was looking for a weekend driver – in came a CV from Rebecca Taylor and I invited her for an interview – little did I know it would be an interview for her to steal my heart. When we worked together we were on professional terms only, but when Becka left we stayed in touch via social media and other events arranged outside of work. We shared a few texts that got a bit flirty – of course we just shrugged this off as banter and we didn’t think much of it, until a charity event arranged by a fellow colleague. As people started to leave we stayed on, and after a few drinks the flirting started again, and we ended up in a club dancing and shared a kiss. I put Becka in a taxi and we said goodnight, but we had started something that couldn’t be ignored. 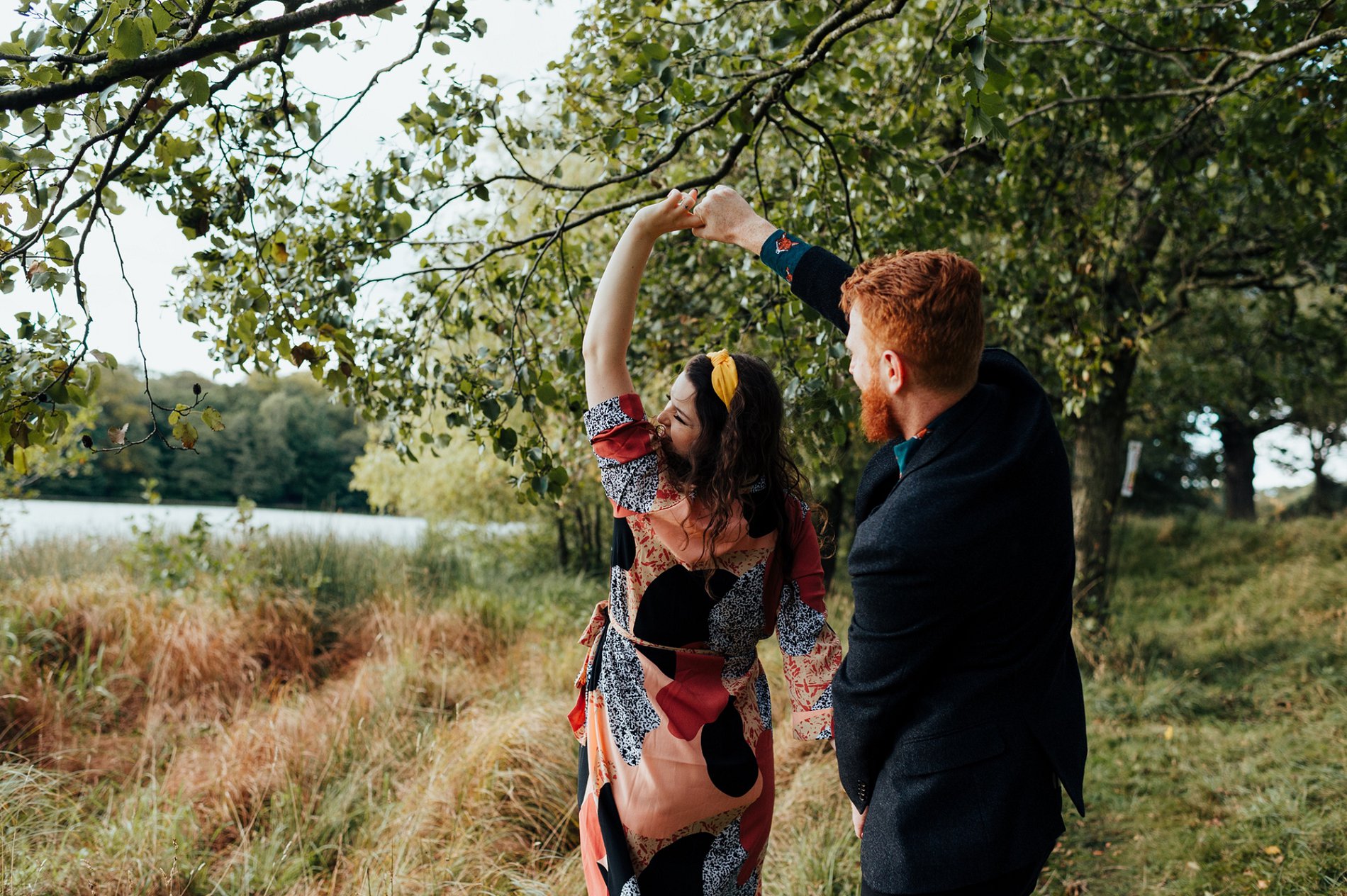 Becka says: Our first proper date was at Yumacha, a gorgeous little Japanese restaurant in West Bridgford. The food was amazing and it was a really lovely evening, just talking about anything and everything. We had only just become official and it was so nice to be out as a proper couple! When we first started seeing each other, I must admit I was somewhat in denial about how I felt as I had been in and out of relationships for a long time and I didn’t think I wanted anything serious at that point. But the more time we spent together the more I realised how different it all felt this time around. I had a word with myself, decided to embrace it all and I’ve never looked back!

Simmo says: At first, Becka always said that this was just a casual thing and didn’t want anything serious. I always cared for Becka deeply and always felt that this was something special from the beginning – of course, you have to respect what the other person feels and I did not want to overstep the boundaries. But as we grew closer it began to evolve into so much more, and I knew that I wanted this to be more permanent. Then I got a message from Becka saying that she wanted us to be official – I could not hide my excitement and said yes instantly, and the way I felt in that moment made me realise that I wanted this to last forever. 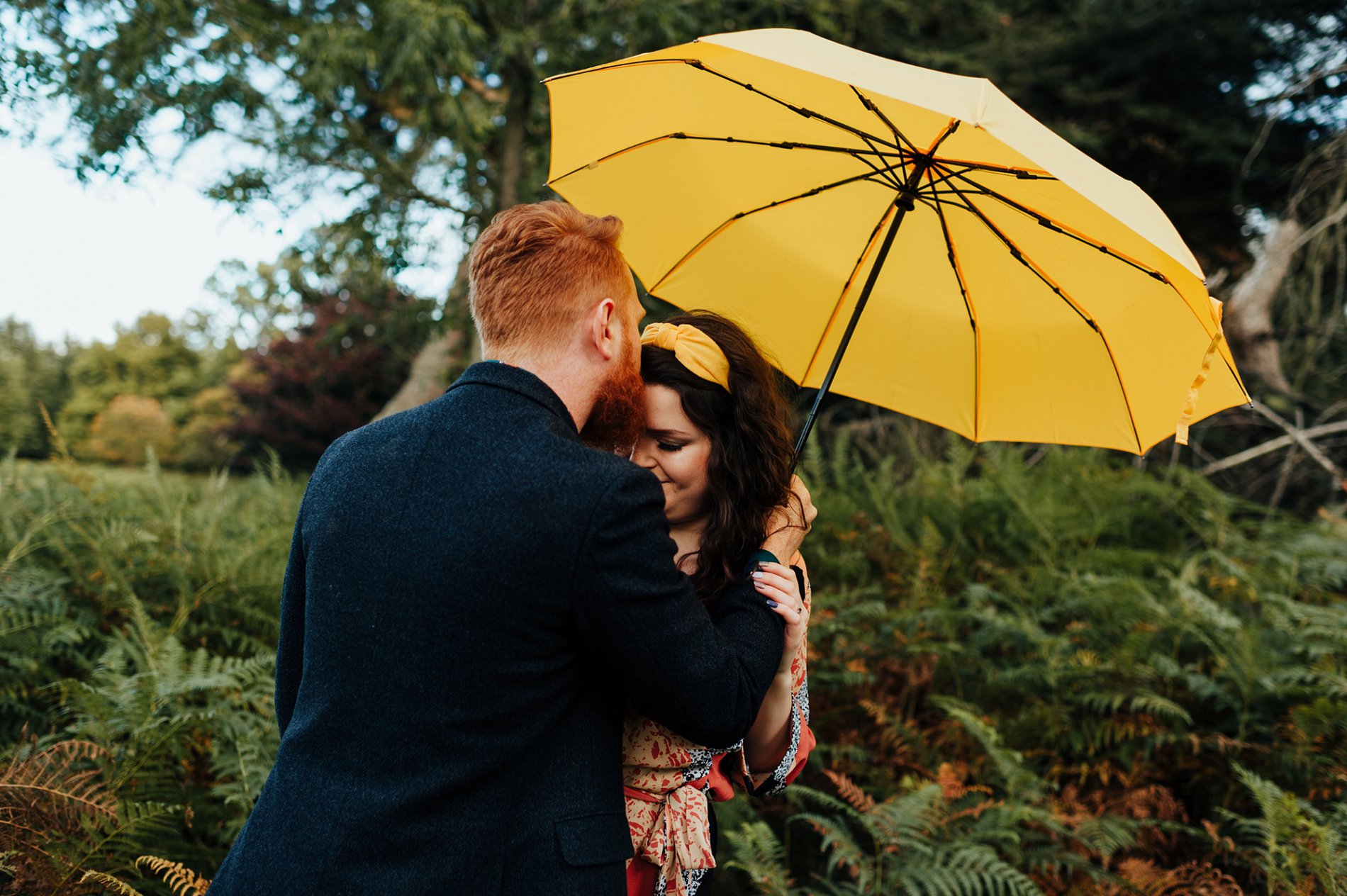 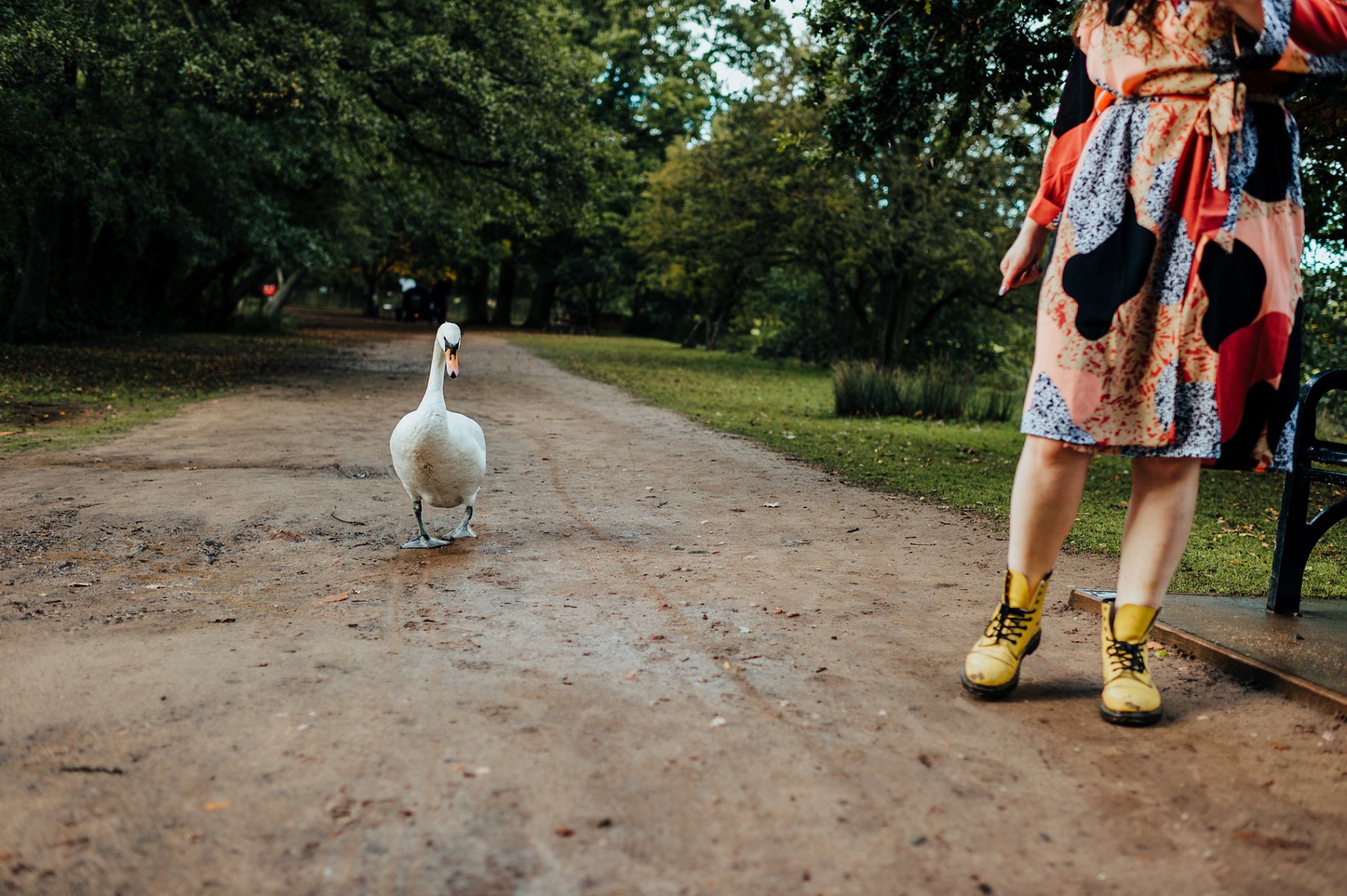 What We Love Most

Simmo says: You can always tell when Becka is happy because she sings her little heart out. Sometimes she wakes up before me and I can hear her sing in the shower – she has an amazing voice and I could listen for hours as she sings away. But that’s only the beginning of her creative and unique ways of looking at the world – every day with Becka is an adventure and I cannot wait to experience it all with her by my side. She has always been driven and will not stop at anything to succeed in what she has set her heart on – she’s so talented and I could not be more proud of her. Her intelligence, humour and that little laugh when she finds something funny – I really could sit here all day and write what I love about Becka, and I can’t wait to discover more in years to come.

Becka says: Simmo is just the most caring and thoughtful person I know. He has such a good read on me, he can always tell what I need without me even needing to explain how I’m feeling. He’s so intelligent – we love talking about the universe and its infinite possibilities, but we also really bring out each other’s silly sides! He’s my cheerleader, my rock and my soulmate and I really don’t know where I’d be without him. I think the importance of mental health support can never be underestimated. I’ve struggled with my mental health on and off since I was a child, but Sim has always made it so clear that we’re a team and we can do anything with each other’s support. He’s always been able to pull me through it and I’m so grateful for that.

Simmo says: Buying our first home was quite problematic – a mistake in Becka’s credit history lost us this amazing little house. It was really tough on us both, but we were able to resolve it and found an even better home. It was so amazing to have a place to call our own, and we’ve done a lot of work on it to make it just the way we want it. I’m so proud of the job we’ve done! 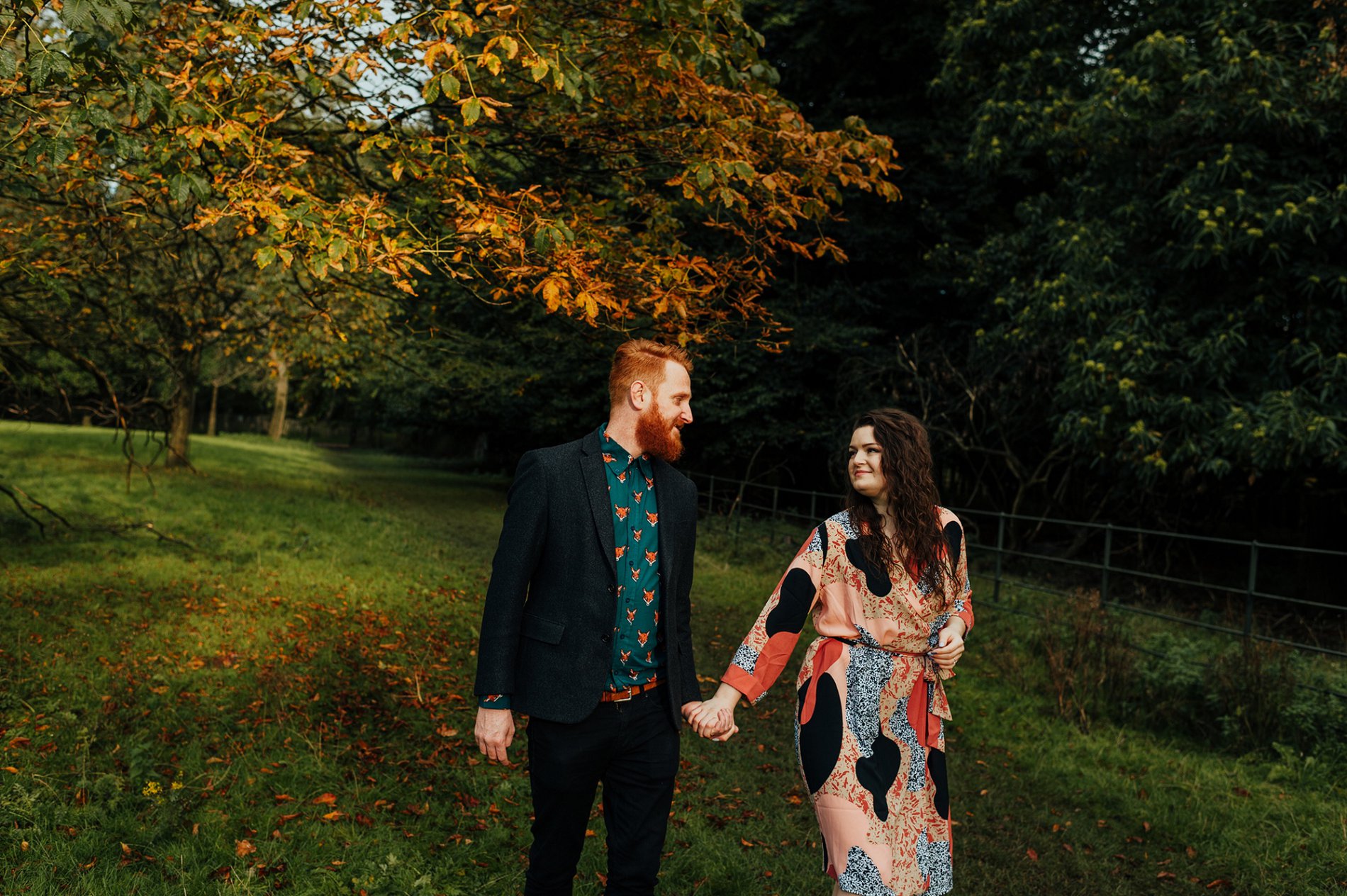 Neither of us have ever had photographs taken professionally, so we were both quite nervous about the prospect! We wanted to have a trial run so that we would feel more comfortable on the big day, and of course you can never have too many good photographs together as a couple!

Nathan was absolutely amazing – he made us feel so at ease and we feel like he really captured our personalities and us as a couple! It was so much fun just playing about in the grounds of Wollaton park, and the resulting photographs were perfect. Nathan knew exactly the right angles and shots to take and we all had a blast! We can’t wait to do it all over again on our wedding day! 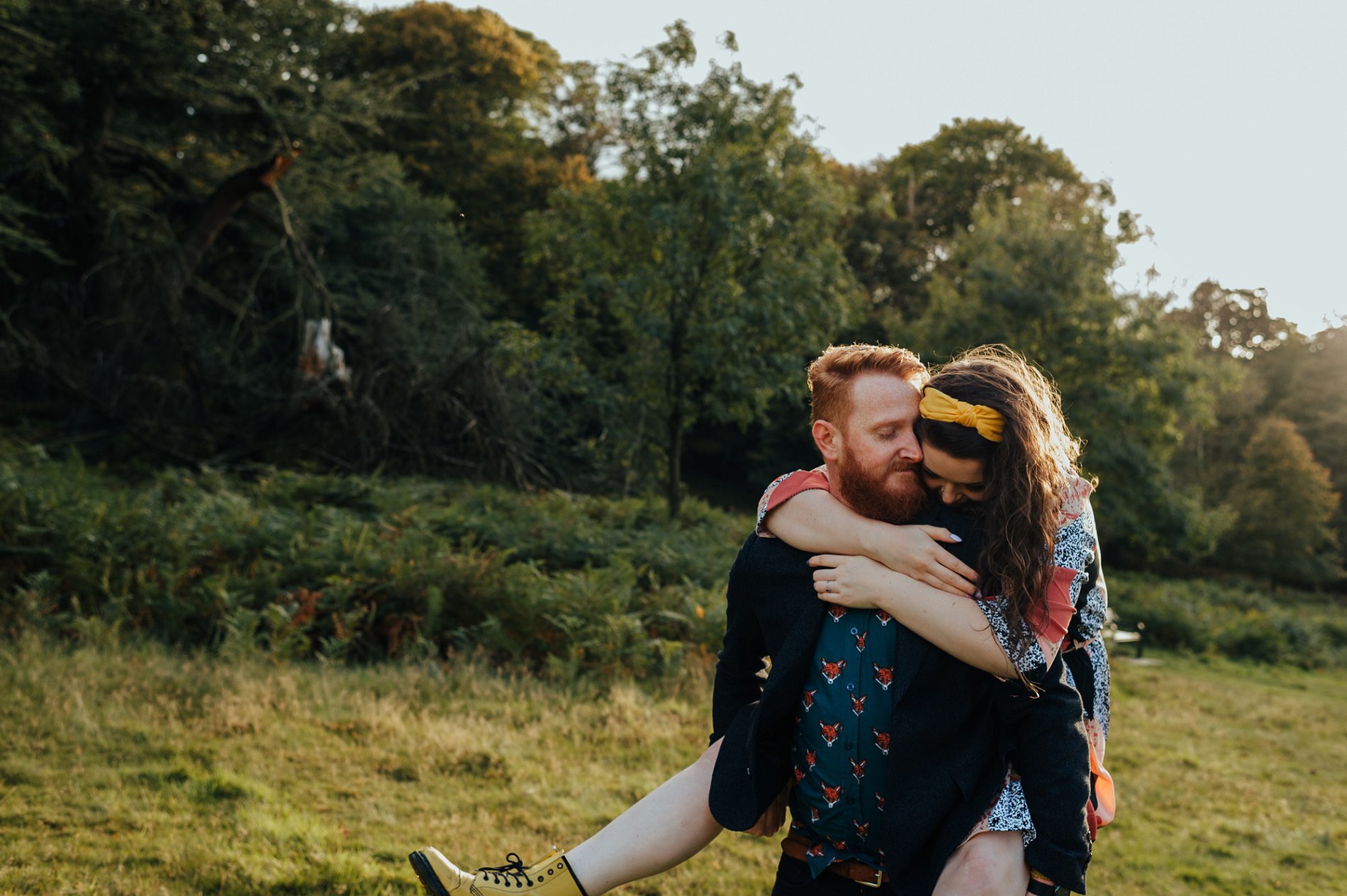 We’re so excited to celebrate our love with all of our family and friends. Due to Covfid, we haven’t seen a lot of people over the last year, so having everybody together will feel that bit more special! Even if the situation changes and numbers are limited, we know we’ll have the most amazing day soaking up the atmosphere and celebrating with our loved ones – and of course, we both love a good party!

To another couple planning a wedding, we’d say arrange the big things as early as possible – the venue, the music and of course the photography! But also enjoy the process – we can’t say that none of this has been stressful, especially because of the pandemic, but the most important thing is that this day is for us and we want to enjoy it and make it our own – there’s no point stressing over tiny details that most of the guests probably won’t even pay that much attention to, or over-spending on unnecessary extras if it’s out of your budget. Also, there’s plenty of things you can DIY, but don’t take on too much – know your limits!

Over the next few years we have a lot of adventures planned and we can’t wait to do it all as Mr & Mrs Richards – we already live together so we suppose day-to-day life won’t be that different, but we’re so excited to be husband and wife and honour our vows for the rest of our lives.