Pronovias for a Rustic Wedding at Grangefields Barn – Liz and Andy 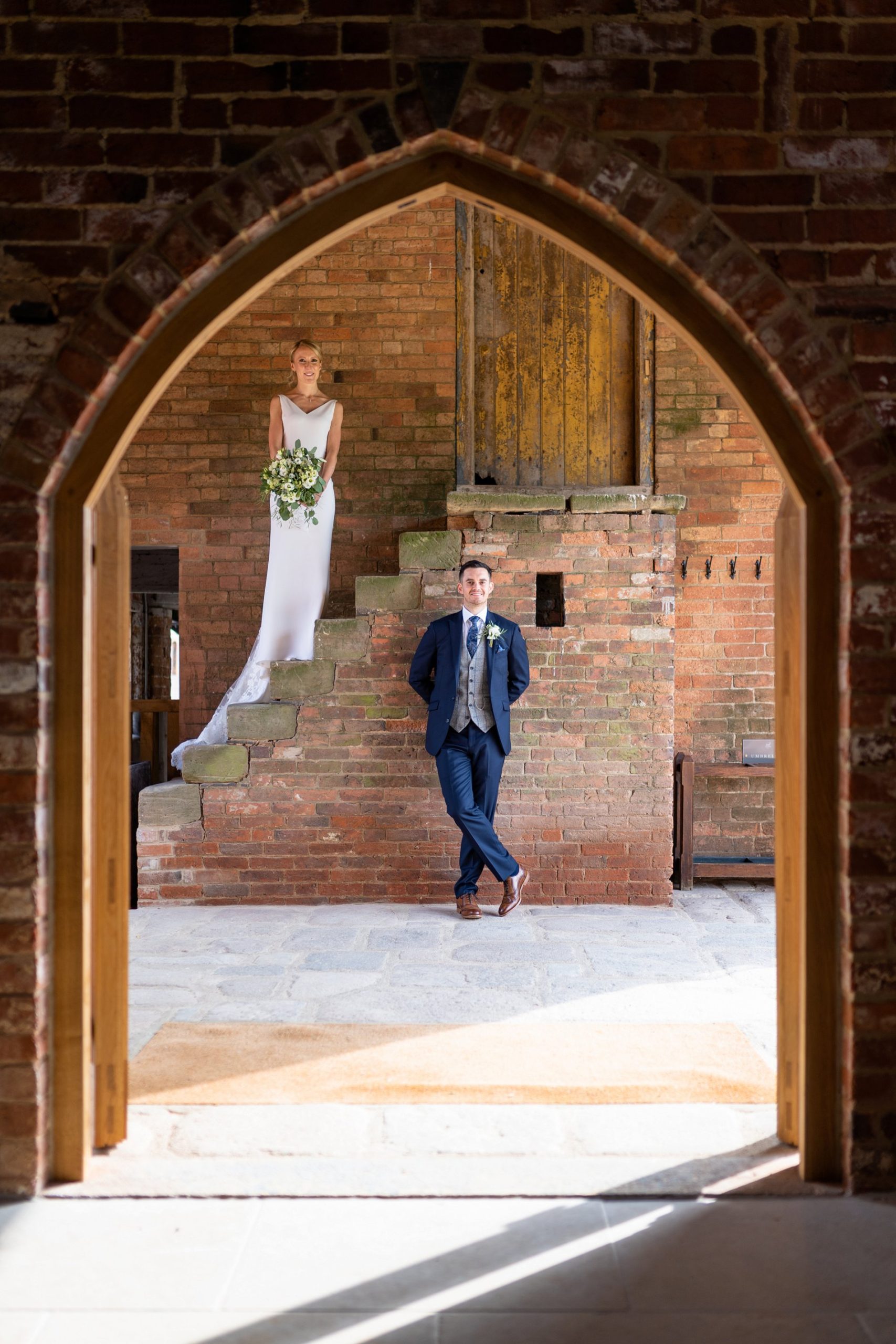 What’s not to love about a romantic barn wedding? If you’re tempted by this swoon-worthy rustic setting, then you’ll find plenty of inspiration from Liz and Andy’s understated and stylish big day at the fabulous Grangefields Barn – a brand-new venue in the heart of Derbyshire.

You know you have a real gem of a venue on your hands when the backdrop brings all the character you could need for your special day. As a result, Liz and Andy kept their styling elements to a minimum, complemented by a serene palette of green and white. Think soft glowing candles, lush foliage, and ultra pretty gypsophila dotted here and there.

Other highlights to look out for today include homemade sloe gin favours (delish!), a three-tiered lemon cake, and an extended canape reception – a novel way to let you mingle with your nearest and dearest that little bit longer! There’s also lots of ideas on how to get your loved ones more involved in your wedding and help make your day truly yours. Enough gushing from us, let’s hear from the bride… 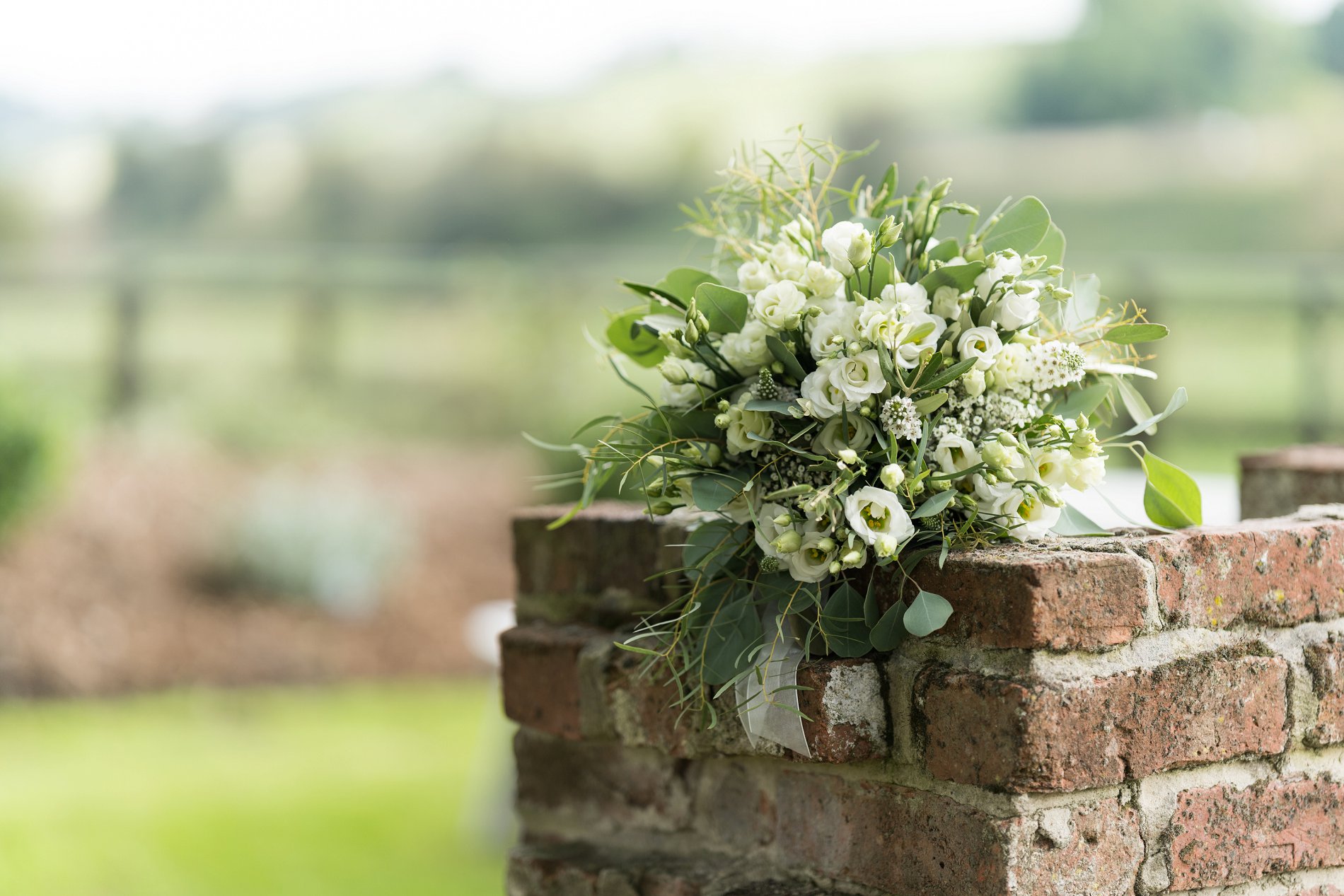 We got engaged in January 2019. Andy told me he had booked a weekend away glamping in the Lake District, however, he’d actually booked a luxurious weekend away at The Gilpin. I turned up very underdressed and covered in mud after a long wet walk, but I was actually quite relieved not to be spending the weekend in a tent in the middle of January! We had the tasting menu at the on-site restaurant HRiSHi followed by an unexpected chauffeur waiting to take us down to the boathouse. The staff had lit the log burner and decorated it with fairy lights. After another drink or two, Andy got down on one knee and popped the question. 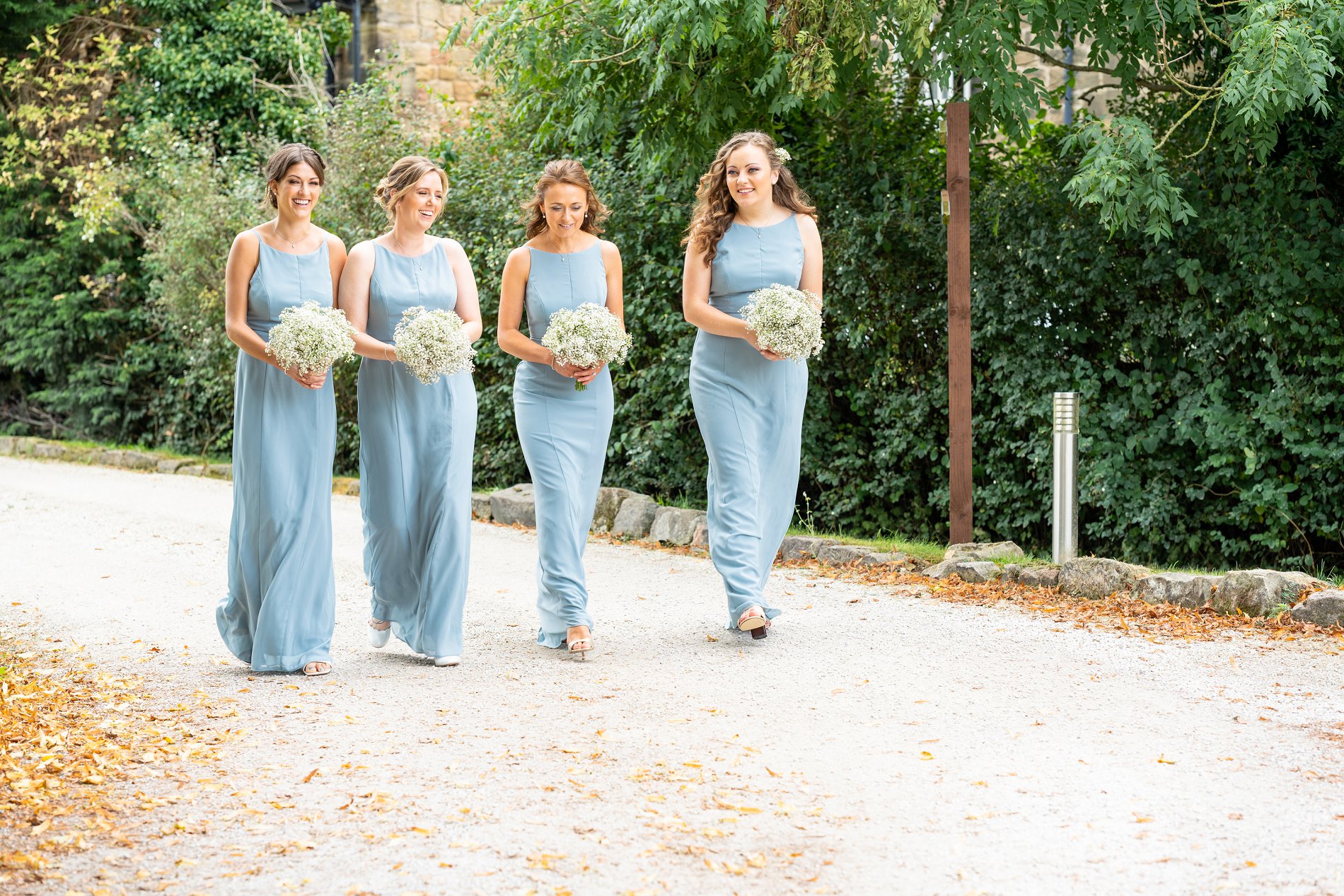 Our wedding date was the third time lucky. The initial date was 28th May, then delayed to 16th July, then finally we got married on 11th September. We had initially planned for a May wedding hoping for a dry sunny day, however, September also turned out to be warm with plenty of sunshine.

We got married at Grangefields Barn in Ashbourne, Derbyshire. It’s a new venue by Cripps & Co. For the first two dates we had planned to get married at Hazel Gap, another one of Cripps & Co’s venues. When we were told that restrictions would continue past our second wedding date, we decided we would rearrange again and went to view Grangefields Barn during its construction phase. We immediately fell in love with it! 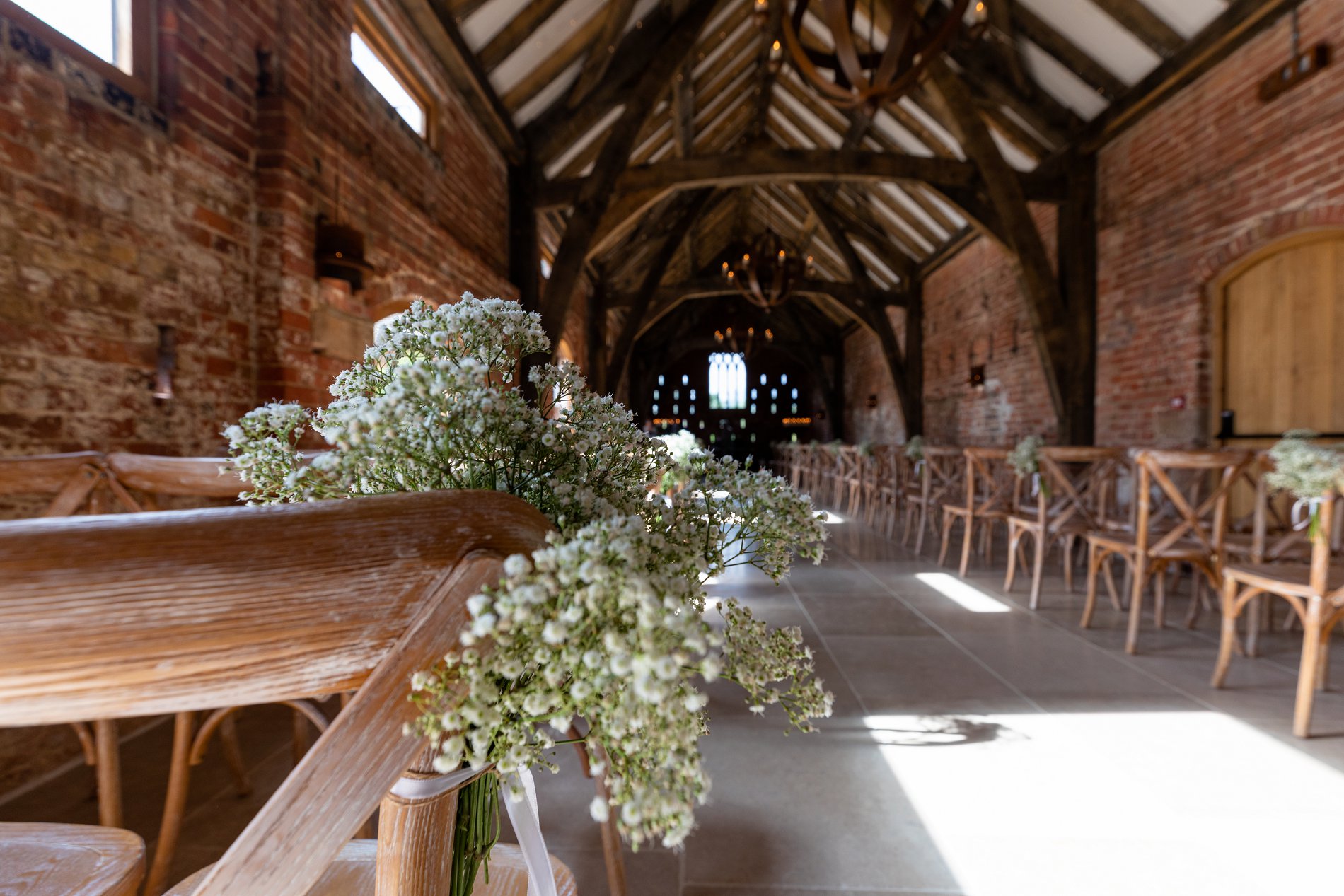 Our aim with the decoration was to keep it very simple as the venue has so much character and didn’t need much dressing. We felt that by keeping our theme pared back and minimalistic, with a green and white colour scheme, this would complement the venue’s rustic charm. 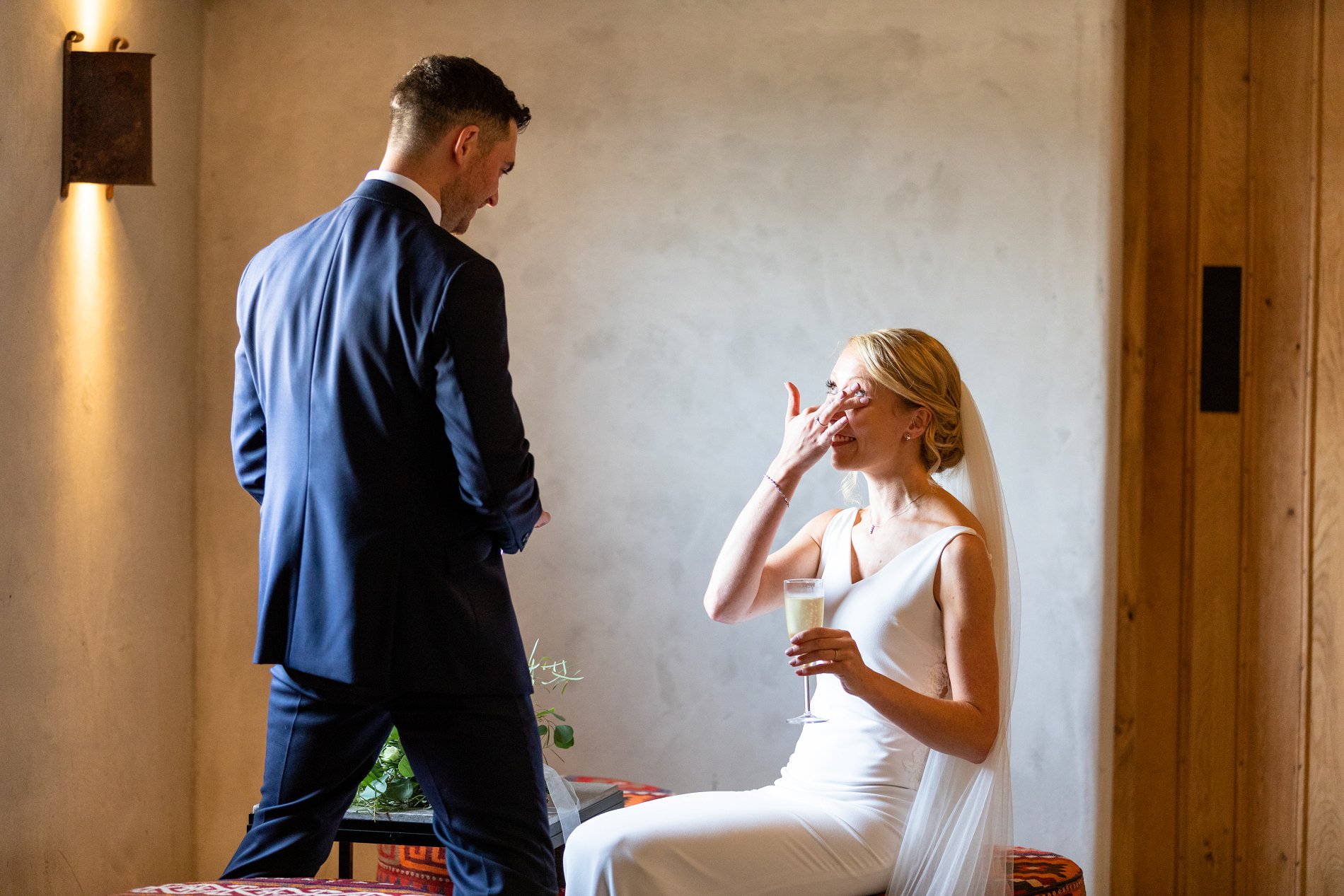 My dress was from UNVEILED Network Member Maria Modes in Cheshire and the designer was Pronovias. In keeping with the theme of the wedding, I wanted my dress to be very simple. Although very plain from the front, I loved the wow factor of the lace detail down the back of the gown and the beautiful train. 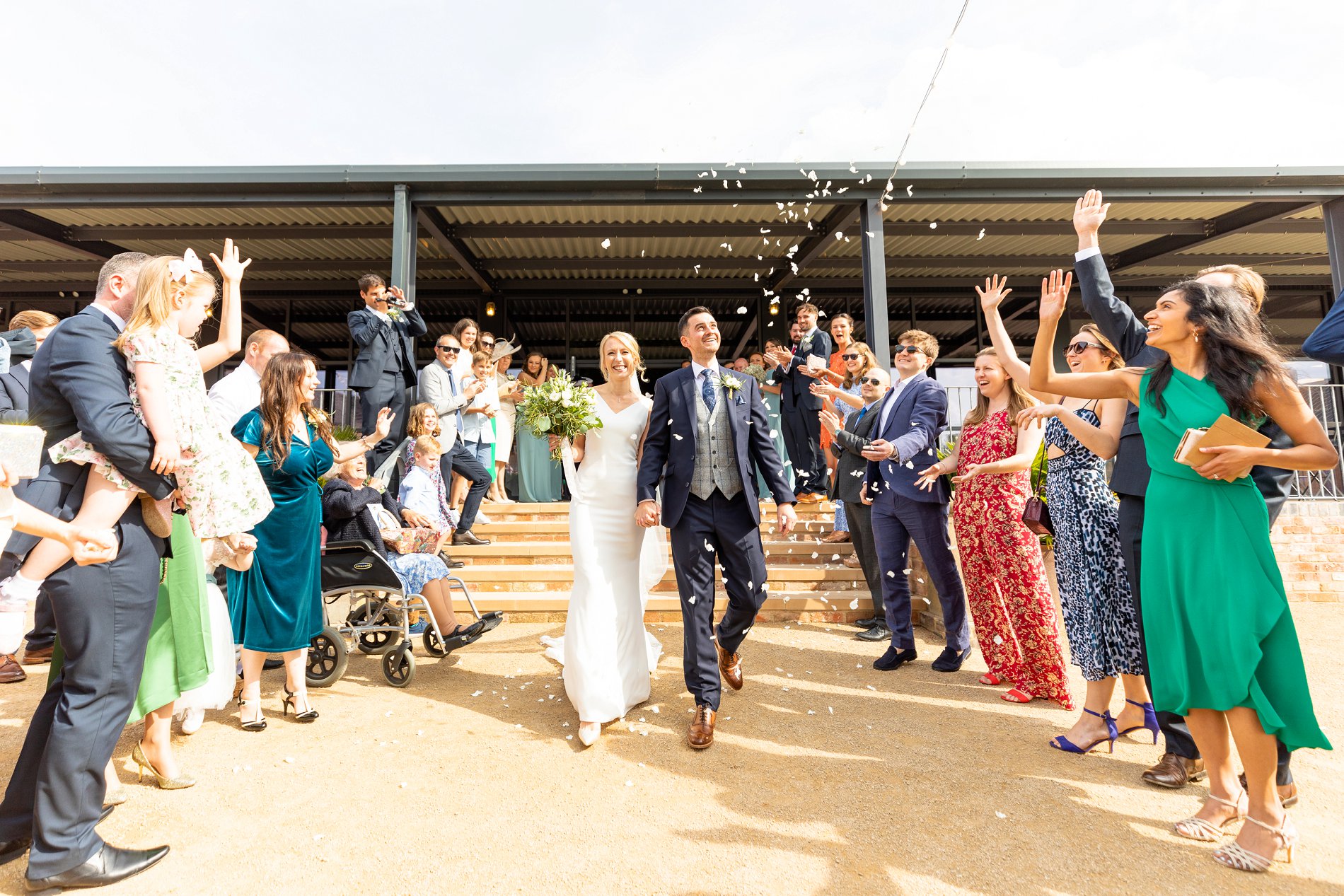 Andy treated himself to a tailored suit from Whitfield & Ward – a local tailors close to where we live. He also hired the waistcoat and tie combination.

The groomsmen’s suits were hired from Whitfield & Ward too. The tailor suggested matching Andy’s waistcoat pattern with the groomsmen ties – we really liked this idea and went with it.

The tailors were so professional and efficient. They were also really flexible with all the dates we rearranged and went above and beyond to make sure the boys looked smart in their suits.

I ordered Dessy dresses for my bridesmaids. A lot of the Dessy dresses that we liked had slits down the leg which wasn’t quite the look we were after, but we really liked the colours and style. We bought them in the end from Susan Craig Bridal Wear and she came up with the idea of sewing up the slits, which worked perfectly.

The flower girl dress was from John Lewis. Susan made a sash from some of the leftover bridesmaid dress material so that she would match the rest of the bridal party. 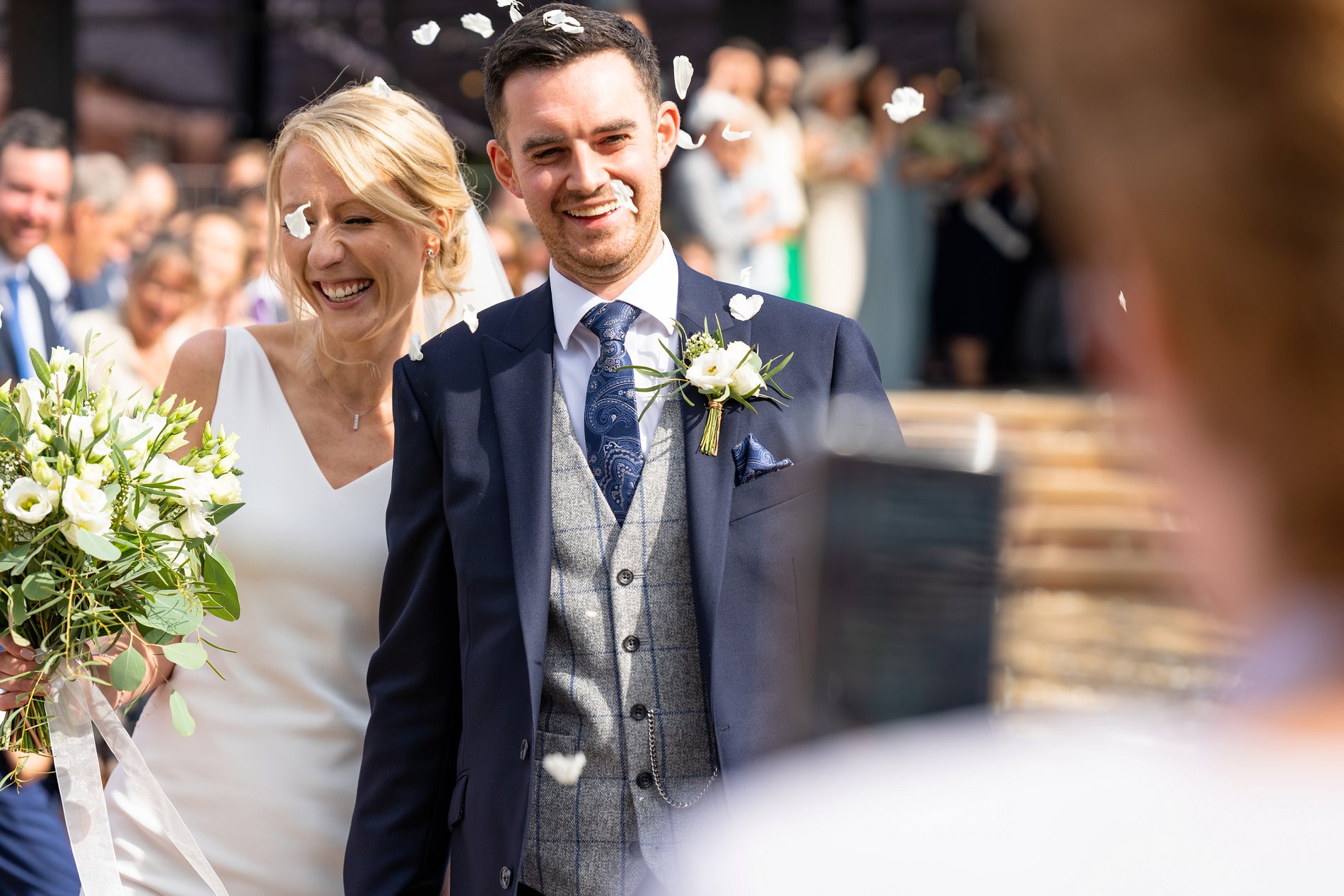 Louisa Pennington did all of our hair and makeup. She was absolutely amazing and we were all so pleased with how we looked. I can’t recommend her highly enough for any future brides.

I always felt nervous about letting someone else do my hair and makeup, as I don’t usually wear much and have often been disappointed in the past. I couldn’t believe how quickly she worked, and she managed to capture my look perfectly. I couldn’t have been happier. My bridesmaids also felt the same; nothing was too much trouble for her. 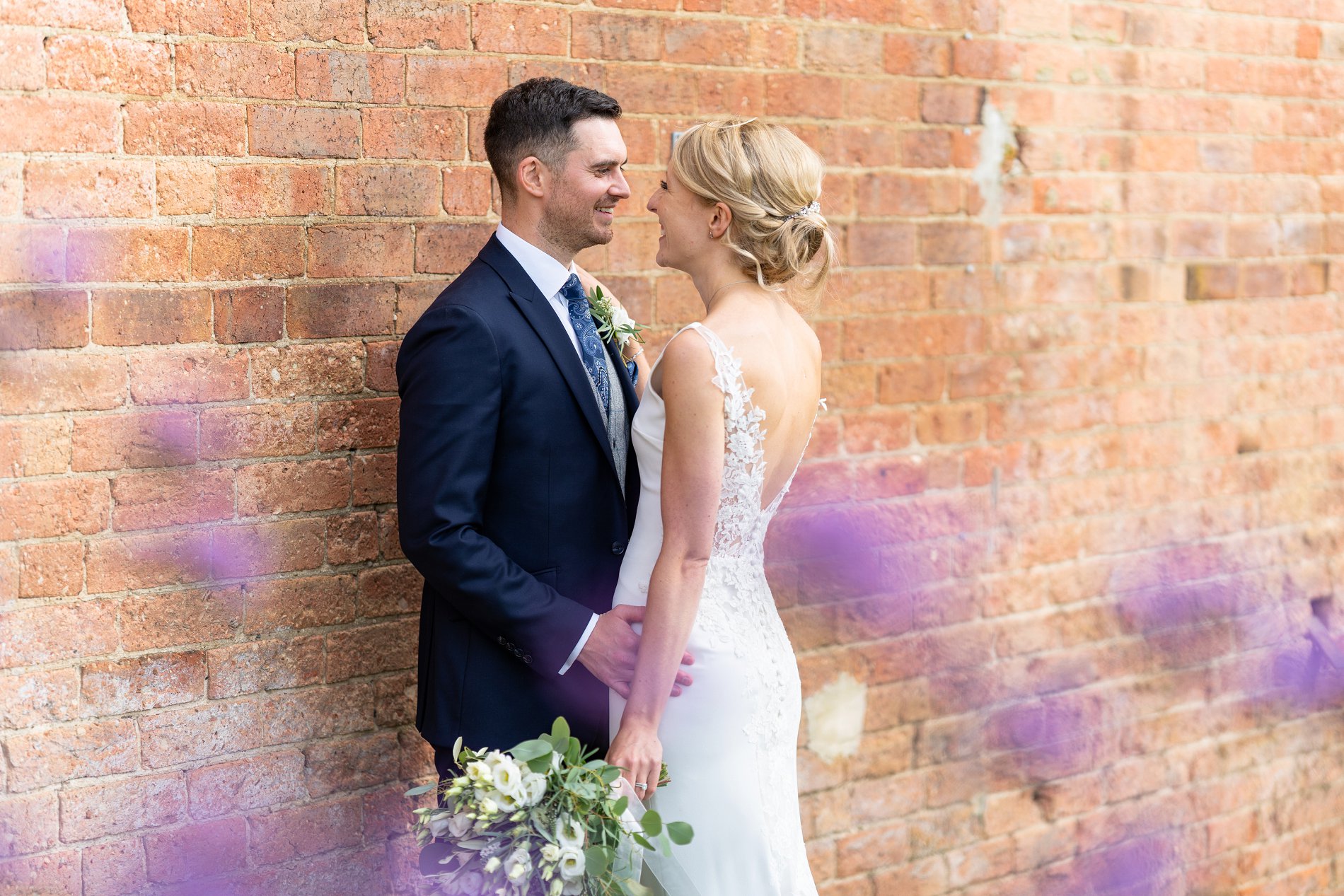 I travelled with my parents and bridesmaids in a car hired from VP Princess Wedding Cars.

Our photographers were Ed and Matt from Edward Ashley Photography. We loved their relaxed non-intrusive style, and most of the time we forgot that they were even there! Neither of us are big fans of being in front of the camera and much prefer relaxed natural photos. Ed and Matt made us feel so at ease and we are absolutely delighted with all the photos. Our day was captured perfectly and we would highly recommend them. 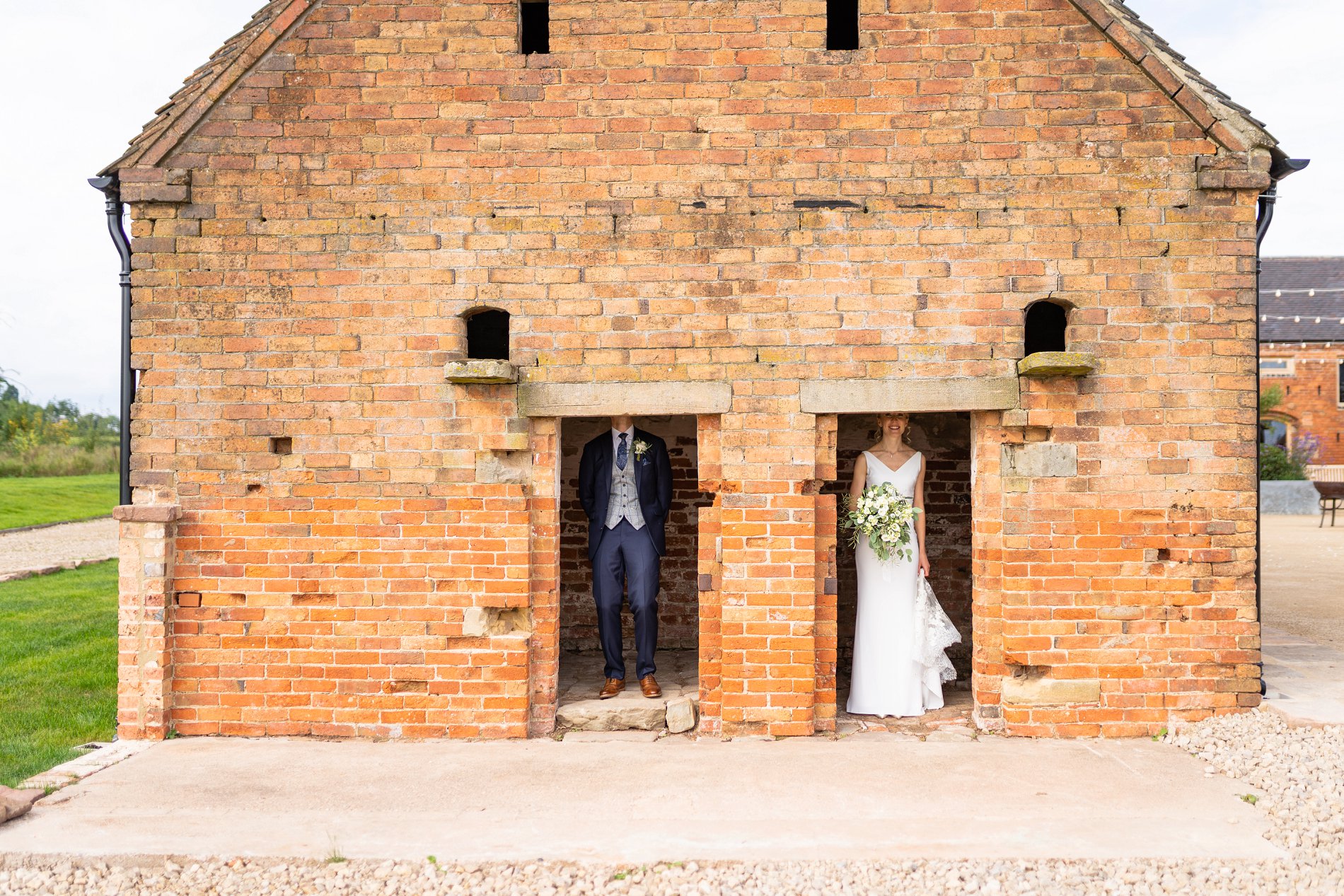 The flowers were provided by Akito Floral Design. I decided to have a bouquet made up of white lisianthus and foliage, again in keeping with our simple theme. The bridesmaids had small bunches of gypsophila to hold, and also incorporated this into their hairstyles.

The venue didn’t need much dressing so we opted for Cripps & Co’s candle package which really added to the romantic atmosphere in the ceremony barn. The florist tied small bunches of gypsophila to the end of each row of chairs.

For the wedding breakfast, we continued the candlelit theme and used a trio of cylindrical glass candle holders with some simple surrounding foliage for centrepieces. 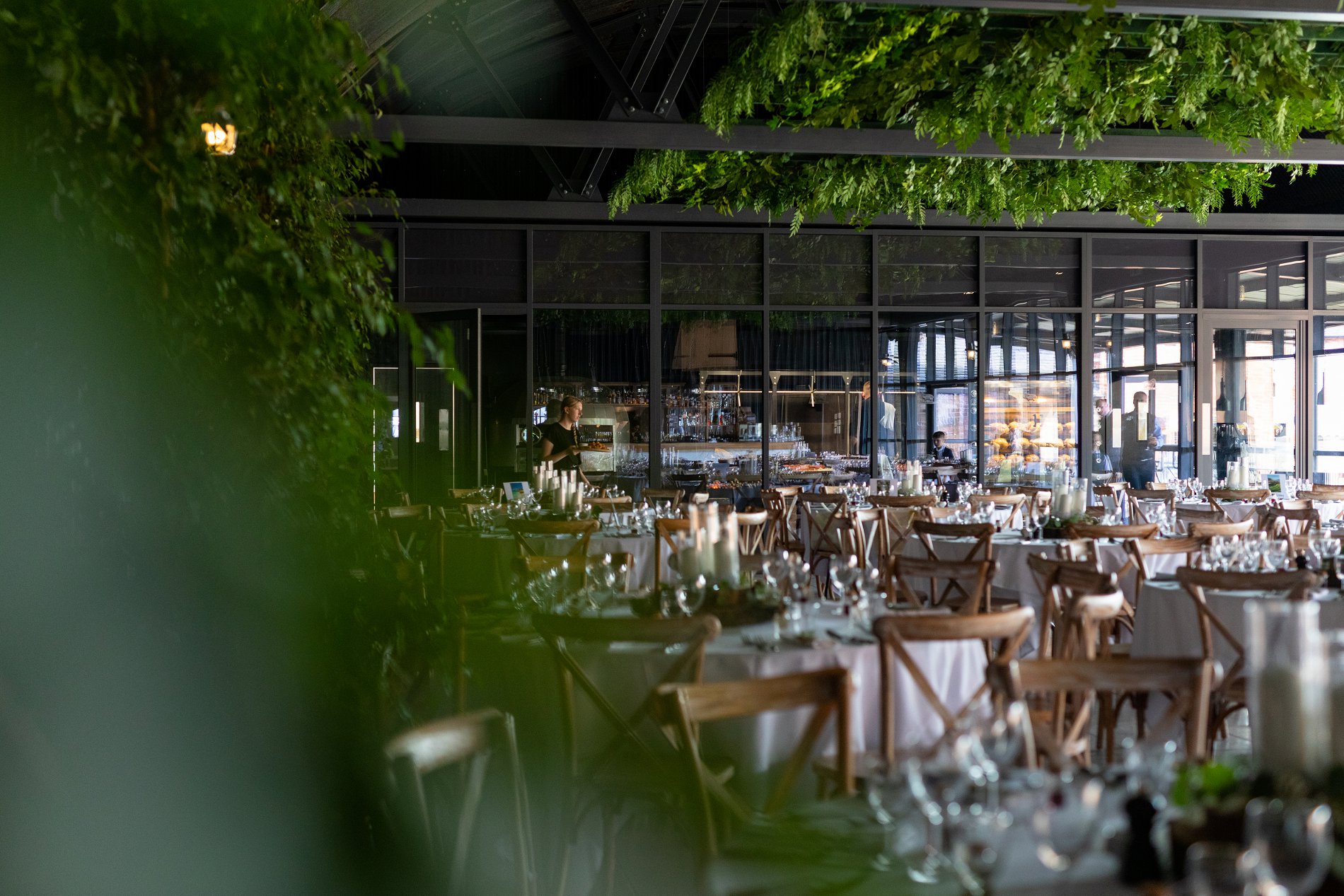 We used homemade sloe gin for favours and found some miniature corked glass bottles with “take a shot, we’ve tied the knot” written on the side.

Our cake was made by a close family friend and we chose a three-tiered lemon cake. 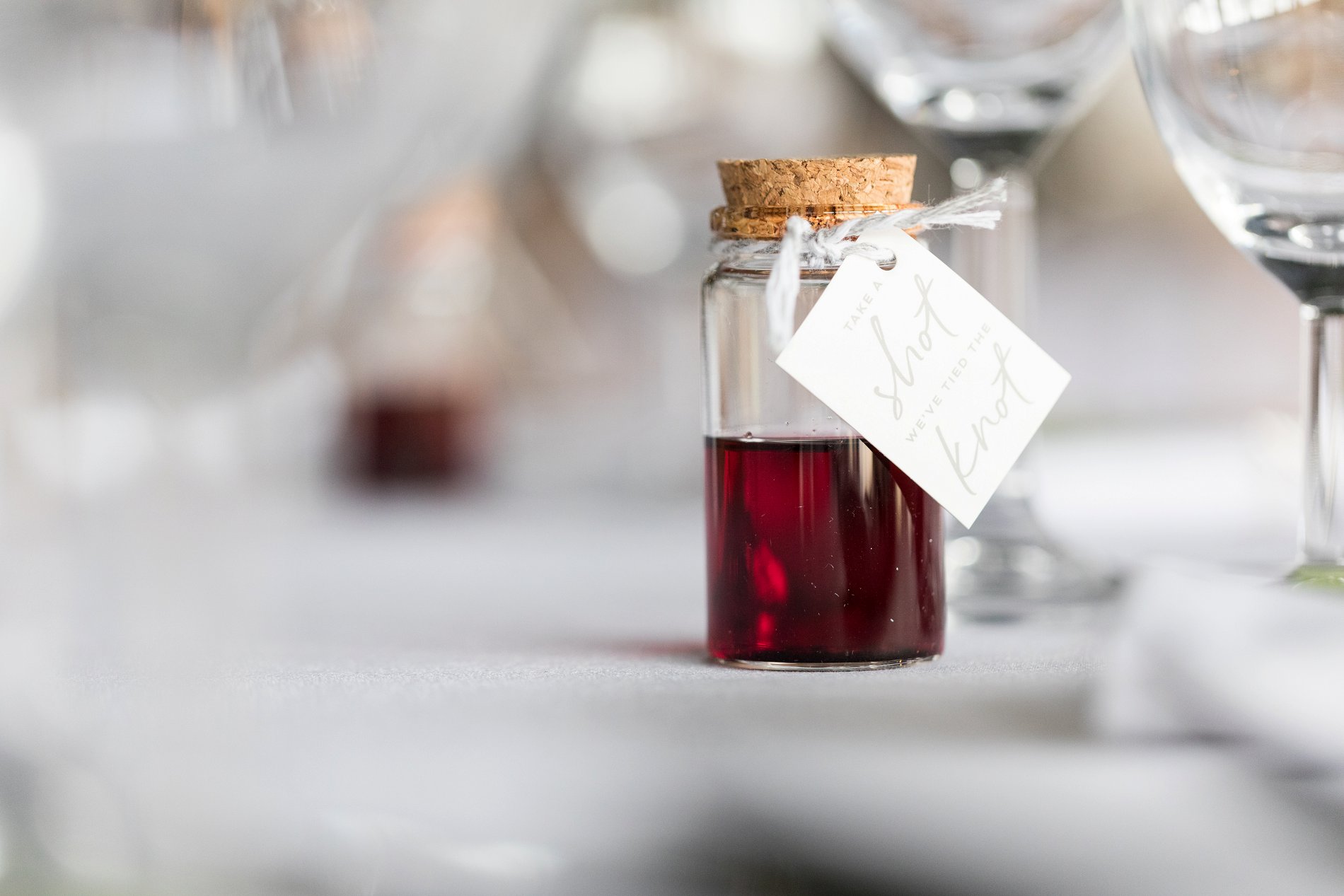 We picked the food after attending one of Cripps & Co’s feast nights. The food was one of the main reasons that we chose to go with the company. We loved the idea of big sharing platters and being able to watch the food being prepared and cooked.

We chose extended canapes rather than starters to extend the drinks reception, which is our favourite part of the wedding, and it meant we had longer to mingle with our guests.

Our wine was from Majestic Wine and after a wine tasting evening, we chose a white chenin blanc and a red primitivo. We also picked Majestics as they could deliver all the wine to the venue on the morning of the wedding, which was one less thing for us to think about! 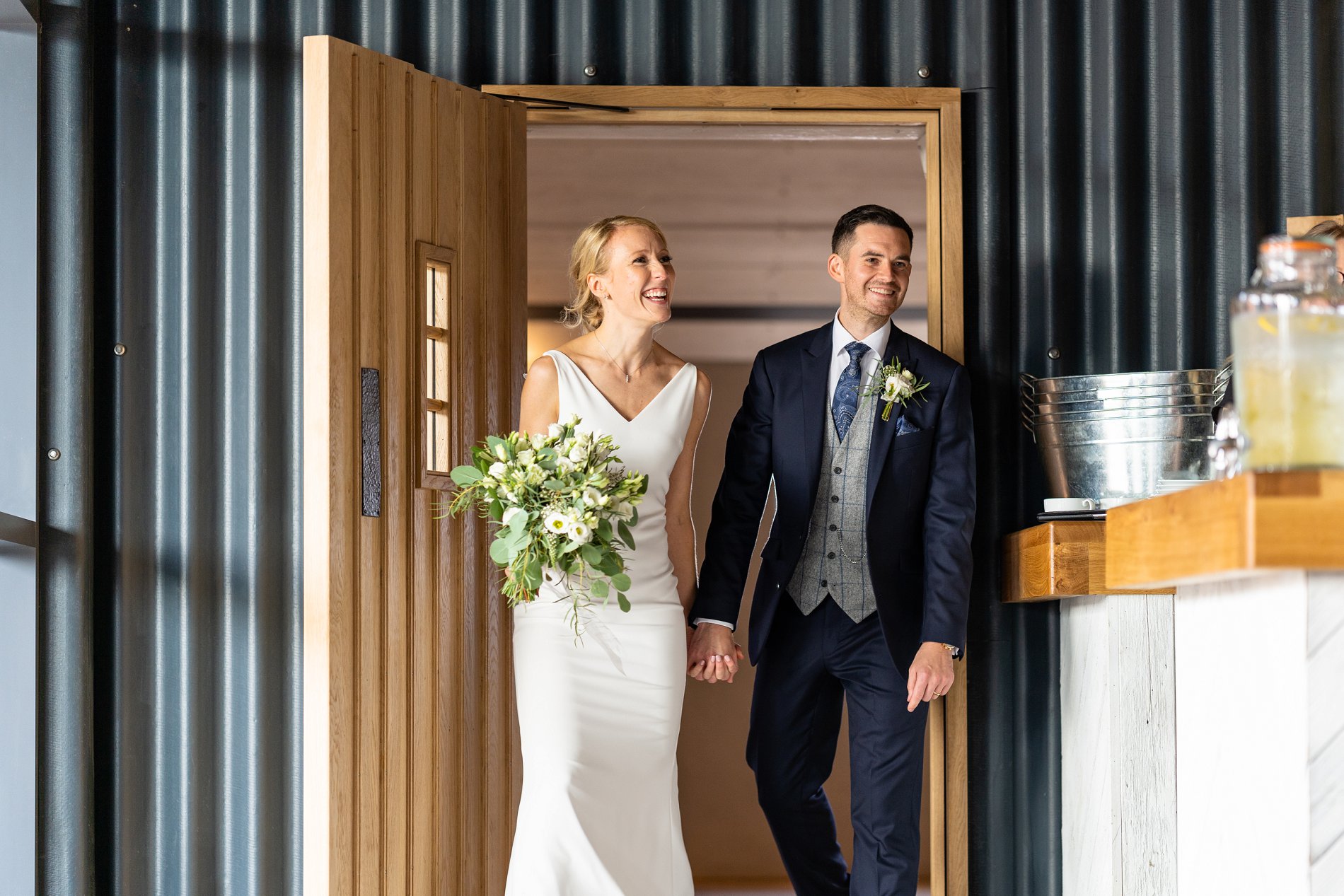 For the ceremony and drinks reception we hired an acoustic guitarist, Joe Seager and in the evening, we had a four-piece band called the BW Band. We were delighted with both.

One of my close friends from America was originally going to sing during the ceremony, however, she was unable to fly over due to Covid restrictions. Instead, she recorded a song that was played when I walked down the aisle.

It was really important to us that close family were involved in the day as much as possible. We tried to assign roles to include as many as we could, and one of my favourites was asking my younger nephews to be the master of ceremony. 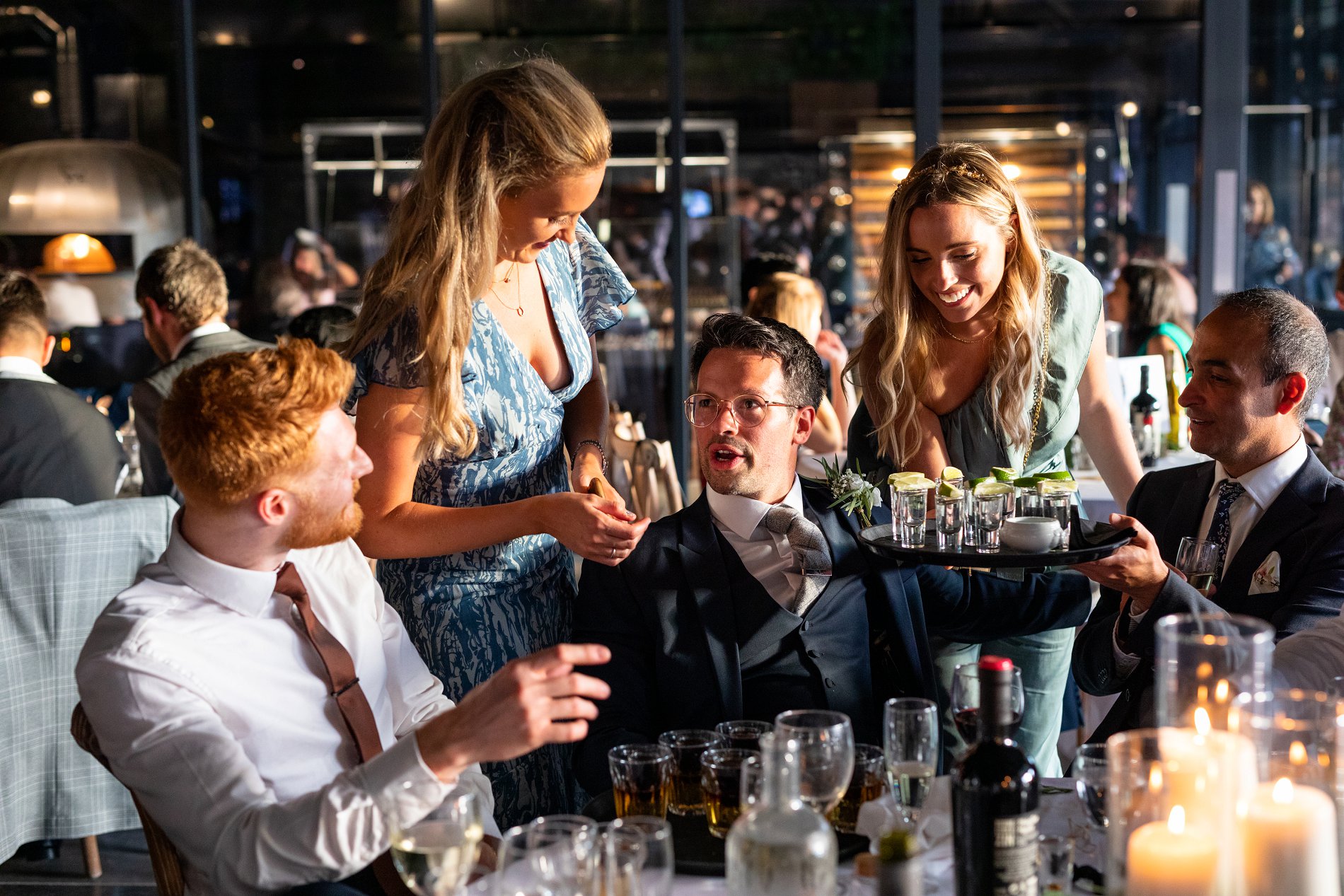 The venue was perfect! So much care and attention has been given to renovate the building and it really adds to the romantic rustic feel. The food and service from all the staff couldn’t have been better and each team member went above and beyond to ensure we had the most amazing day. The team are clearly very experienced and provide a very professional but relaxed service to make sure the day runs perfectly, taking away all the stress from the couple. 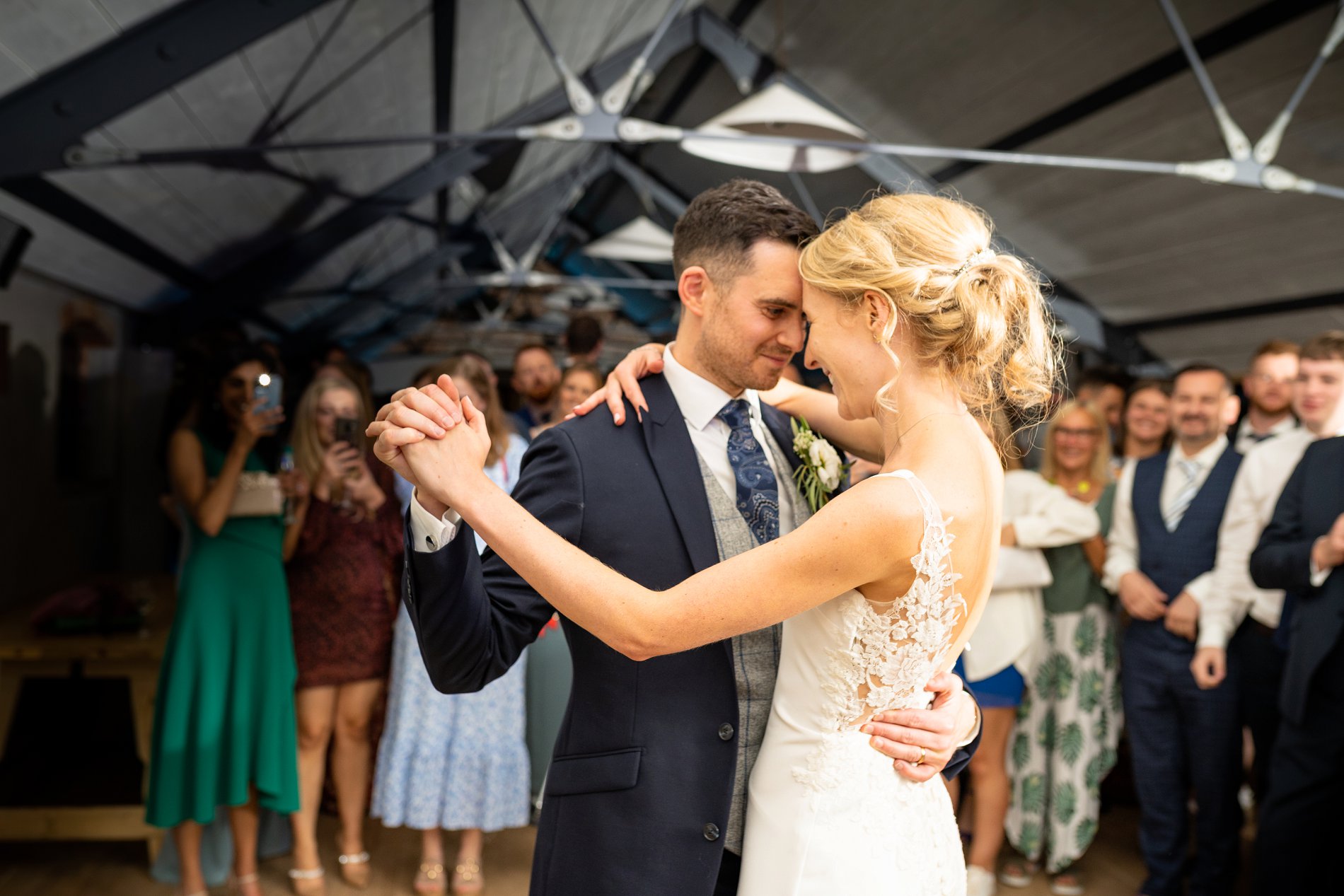 The drinks reception was my highlight, as he sun was shining and we were surrounded by the most amazing countryside and views with all our close friends and family. It felt extra special after not seeing so many of them for a long time due to lockdown. 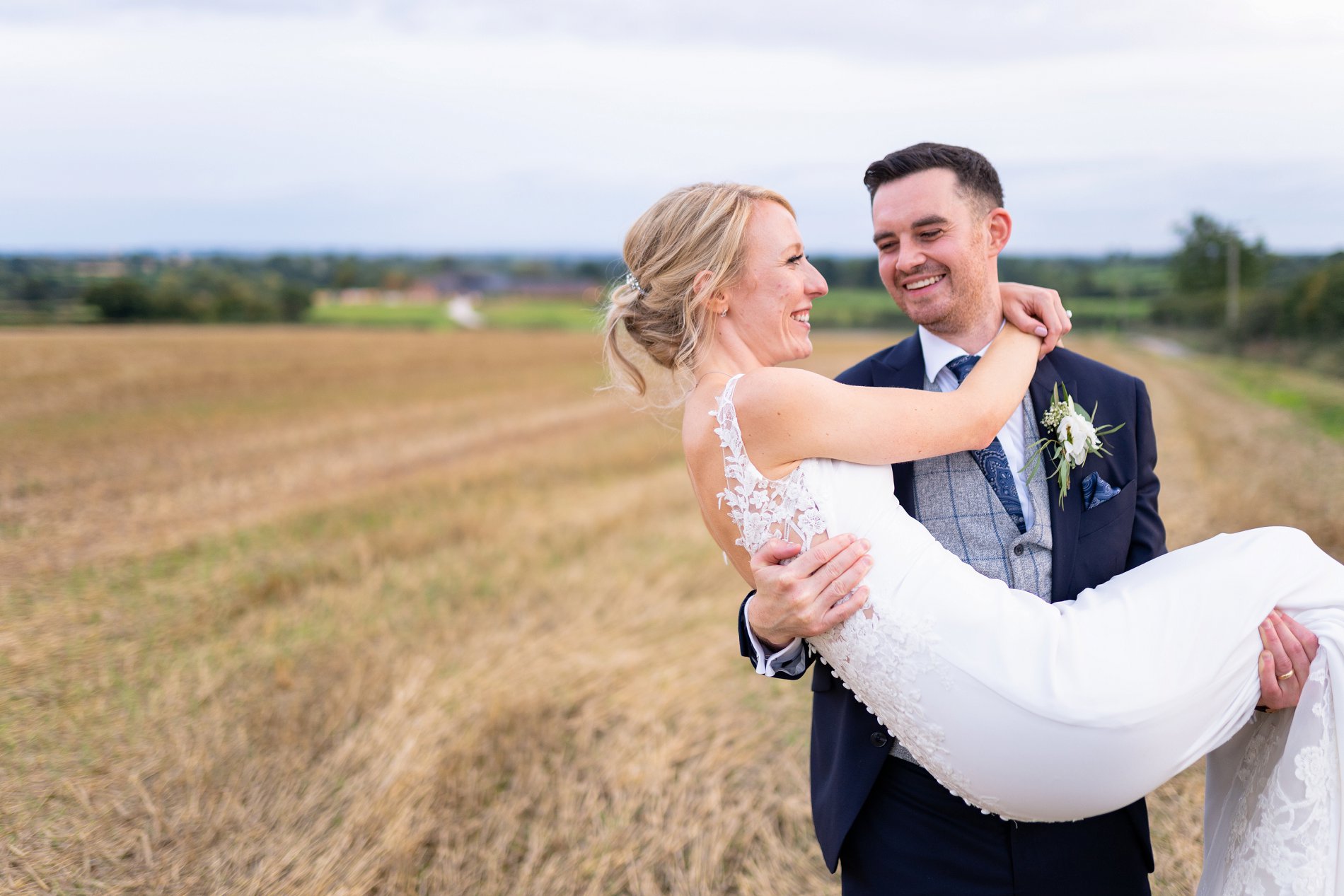 We’ve yet to book our honeymoon, but hoping to go to South Africa and Mauritius in the new year, if travel restrictions allow.

We were told before the day to make sure that we took time to stand back and live in the moment and really appreciate everything going on around us. It’s true that the day flies by and it’s over before you know it, so savour each moment as much as possible. 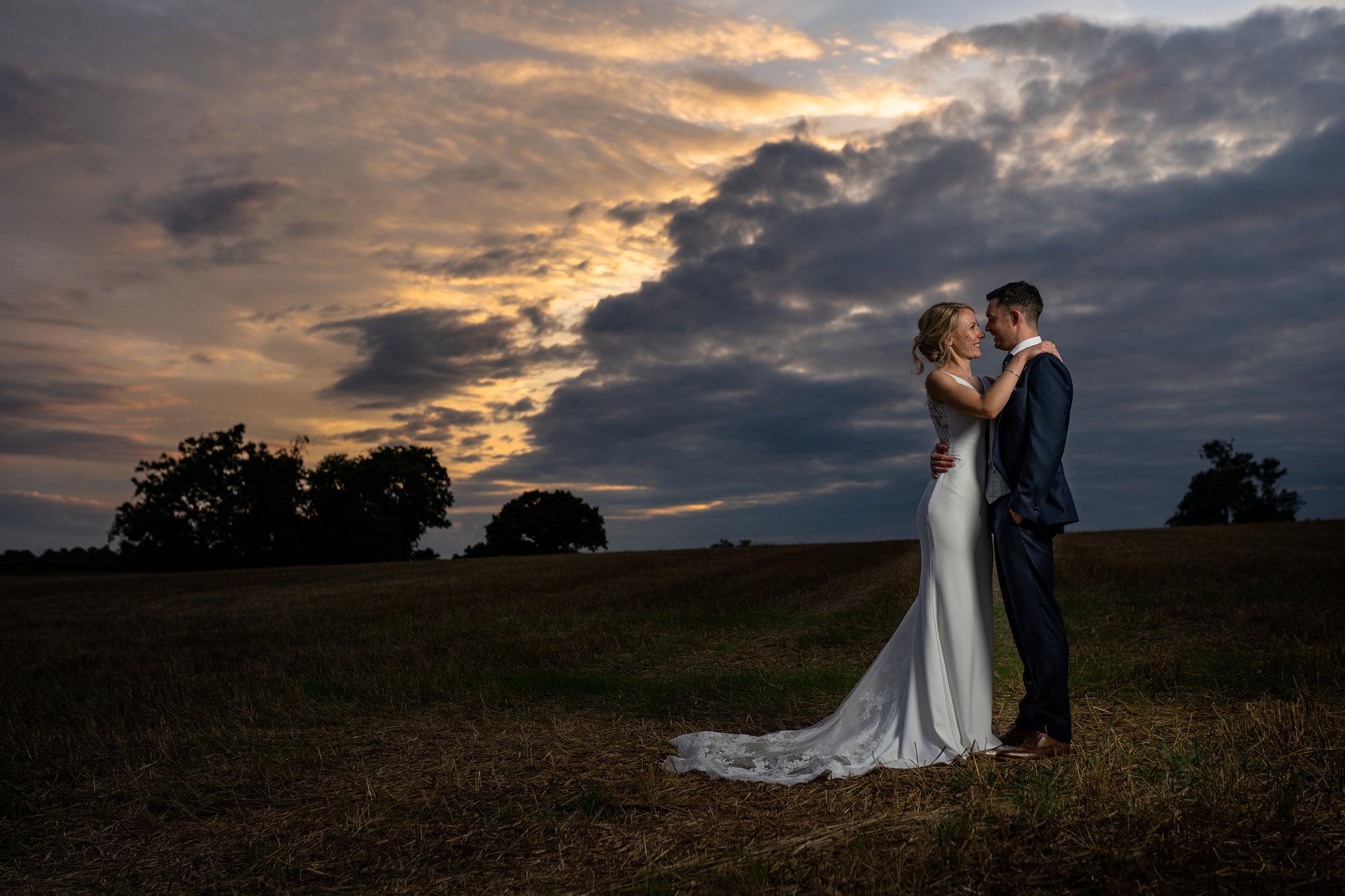